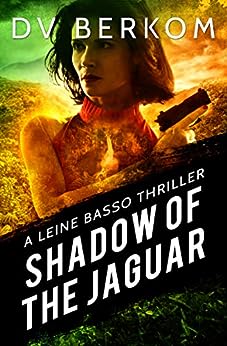 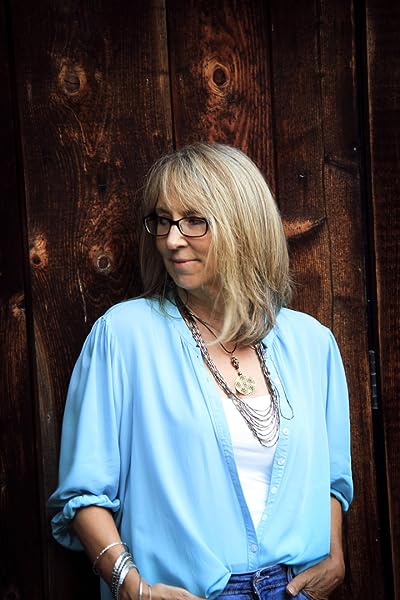 Shadow of the Jaguar: A Leine Basso Thriller Kindle Edition

"I couldn't put it down!" Dennis Martin

"DV is setting a bar for herself few can follow. This was an exciting addition to her collection." Holly

"Woohoo! Leine Basso's back and better than ever!" Julie Howard

"...a top notch read from start to finish...I loved it!" Paula Stockdale

"Don't even think about reading this at bedtime." KC Spiker Curtis

4.4 out of 5 stars
4.4 out of 5
100 global ratings
How are ratings calculated?
To calculate the overall star rating and percentage breakdown by star, we don’t use a simple average. Instead, our system considers things like how recent a review is and if the reviewer bought the item on Amazon. It also analyzes reviews to verify trustworthiness.
Top reviews

Leine and April are the Yin and all of the bad are the Yang.
D. V. Berkom has built a story that only the badass mother and daughter team could have attempted.
The feelings of the heat of the jungle and action can be felt all the way through this aggressive novel, fast-paced, edge-of-your-seat gritty novel.
Who are the good and who are the bad? Nobody knows? Leine and April are on her own and nobody too call for help.
It took me a day and a bit to read this book . I couldn’t put it down as there was too much happening.
It’s a must read.
Read more
One person found this helpful
Helpful
Report abuse

Nessie
5.0 out of 5 stars Leine Basso is back, and better than before!
Reviewed in Canada on April 19, 2020
A woman is kidnapped and Leine is called in to find her. It's in the jungle where Leine and her Daughter are searching. There's action galore, back stabbing, death, Mysteries, undiscovered ruins, mercenaries and Leine Basso, of course. I received this novel as an ARC read. I am gladly and voluntarily offering this review to you, the reader. I really enjoyed "Shadow of the Jaguar" by D.V. Berksom, and I'm sure you will too! Nessie.
Read more
One person found this helpful
Helpful
Report abuse

Justjunkjim
5.0 out of 5 stars Big cat, lots of jungle.
Reviewed in Canada on April 18, 2020
Reading a free review copy, She is a kickass fixer. A former assassin, burdened with her kid as a sidekick, and a kidnapping in the Amazon jungle . Who's side is everyone on? Jungle doesn't make it any easier. A bit of local superstition, myth and mystery.
Enjoyable read.
Read more
One person found this helpful
Helpful
Report abuse

Penyfai5
5.0 out of 5 stars Enjoyable
Reviewed in the United Kingdom on February 2, 2021
Verified Purchase
Any book that grabs my attention and keeps me reading to the end will received 5 starts from me, after all if it was complete rubbish I would have given up without finishing. Good escapism which is what reading is all about.
Read more
Report abuse

don
5.0 out of 5 stars Addictive reading
Reviewed in Australia on December 21, 2020
Verified Purchase
This author grabs you from the “get-go”
This thriller series are always fast moving and this time the heroine is on track.
If you pick this book up, have a free evening because you won’t put it down until you finish
Read more
One person found this helpful
Report abuse

Rusty
3.0 out of 5 stars Not up the usual standard
Reviewed in Australia on January 13, 2021
Verified Purchase
I could not get into this story. It did not reach the levels of previous books although it was interesting to learn a bit of Amazon history
Read more
One person found this helpful
Report abuse

Thomas M. Hart Jr.
5.0 out of 5 stars Engrossing, entertaining, educational!
Reviewed in the United States on April 18, 2020
Verified Purchase
This is DV Berkom at her very best. What an incredible journey through the Rain Forests and jungles of South America. Aside from the compelling story with plots and subplots, I was so immersed in the descriptions of conditions, the terrain, and the animals and insects that in addition to thoroughly enjoying the story I felt as though I also completed a course in South American geography, wildlife , and civilizations.

The writing and descriptions are so engrossing that at times I was swatting imaginary mosquitos, wiping my brow, listening for the roar of a Jaguar- the neighbor’s dog scared the hell out of me - and checking for poisonous frogs and spiders.

Leine’s daughter - April - joins her in this mission to locate and rescue Leine’s boss
Lou’s niece - Nancy - who has been kidnapped by drug runners and worse from her father’s camp where they are in search of a lost city of a lost civilization.

Dr. Martin Stokes Is in search of the city, but with mixed emotions. The last thing he wants is to see is his find exploited by those seeking gold or overrun by tourists.

But, he must aid the rescue of his daughter.

We also have a wealthy businessman in search of a cure for his disability.

Who can be trusted?

Who’s working for whom?

This book is worthy of every second you spend on it and more.
Read more
5 people found this helpful
Report abuse

HornFan2
5.0 out of 5 stars Power of the Jaguar
Reviewed in the United States on April 19, 2020
Verified Purchase
I received an advance ARC form the author for my honest review and I also purchased it on amazon.com. Something I like to do, to support one of my favorite authors.
Shadow of the Jaguar, has everything you would expect from the author D.V. Berkom. I will say this one is different from other Leine Basso books.

To explain what I mean, I'll use two NHL players. Normally this series, is like Alex Ovechkin where he firing a slap shot between 95 to 100 MPH, takes off from page one but with the latest it's more like Patrick Kane getting nifty with the puck, stick handling it to fake or freeze the goalie and it's not till Leine enters in the story that it really takes off.

It's still a good read, has an intertwining storyline with multi-layers of deceit, trickery, predictable and Leine's still is badass. I really like the Leine Basso character, she's super human, tough as nails, has no fear, can handle any situation, lethal with any gun and protector of the weak, those that can't defend themselves.

With "Shadow of the Jaguar", Leine takes on a different role by helping her boss Lou, by rescuing his brother Martin and daughter Nancy in the amazon jungle in Peru and she's team with her daughter April on the mission. Don't want to give anything away, but when Leine wounded, that probably the only scene that seemed fake to me, she already doesn't trust him, because as a former assassin, she'd sense it and she would attack before he had the chance to do anything.

I would have add this element to the story. When she doesn't hear back from Lou. Why not have her reach out to an old friend, ex-poacher Derek van der Haar, whom we met in "Dakota Burn" and they made an awesome team. Plus at first with the Derek character mentioned, that who I thought of as I was reading.

Definitely if you haven't yet, highly recommend that you give author D.V. Berkom a try and you won't be disappointed.
Read more
3 people found this helpful
Report abuse
See all reviews
Back to top
Get to Know Us
Make Money with Us
Amazon Payment Products
Let Us Help You
EnglishChoose a language for shopping. CanadaChoose a country/region for shopping.
© 2008-2021, Amazon.com, Inc. or its affiliates