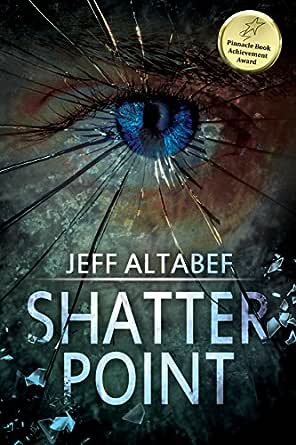 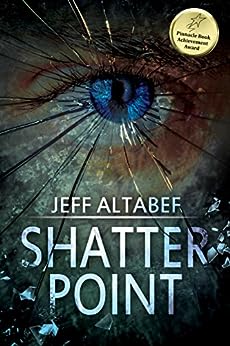 AUTHOR: Jeff Altabef lives in New York with his wife, two daughters, and Charlie the dog. He spends time volunteering at the Writing Center in the local community college. After years of being accused of telling stories, he thought he would make it official. He writes in both the thriller and young adult genres. As an avid Knicks fan, he is prone to long periods of melancholy during hoops season. Jeff has a column on The Examiner focused on writing and a blog on The Patch designed to encourage writing for those that like telling stories.

EDITOR: Lane Diamond has over 160 published books to his editing credit, including many multiple award-winners, across many genres and styles. --This text refers to the paperback edition.

4.6 out of 5 stars
4.6 out of 5
13 global ratings
How are ratings calculated?
To calculate the overall star rating and percentage breakdown by star, we don’t use a simple average. Instead, our system considers things like how recent a review is and if the reviewer bought the item on Amazon. It also analyzes reviews to verify trustworthiness.
Top reviews

Kathryn svendsen
4.0 out of 5 stars Fast-paced, Heart-racing Adventure!
Reviewed in Canada on October 31, 2014
Shatter Point is a fast moving psychological thriller which includes political intrigue and a medical conspiracy.

Stalked from a young age by Cooper, lower class Maggie has never been able to free herself him. He has always followed her from afar keeping track of her and her children. Fearing for herself and sons Jack and Tom she has never told the authorities about Cooper

Now with Maggie having disappeared and conspiracies and murders abounding, time is running out.

Shatter Point is extremely fast-paced and a heart-racing adventure. Lightening the adventure the tension however is Tom and Jack’s unique great aunt who is well able to handle herself against the enemy even when she sticks to her old fashioned weaponry against their new technology. Drifting back and forth between past and present in the storytelling, the story is woven of years of stalking and abuse on the part of Cooper on both Maggie and the women that were murdered in her place.

The shatter point comes when the antagonist loses his grip on reality. But Maggie didn’t leave her family many clues to go on. I liked the tenacity of her two sons and of Maggie’s aunt.

I thought the characters were likable and realistic. I did think the solution of the brain development problem was probably solved a little too quickly and easily though. I can even see a possibility for some kind of sequel after this book.

I liked that the book only had mild profanity and the clean romantic theme through the story. It made for a pleasant read without having to think about censorship too much. I enjoyed reading this story and gave it a rating of 4 out of 5.

Thank you to the publisher for providing a copy of the book in exchange for a fair and honest review. A positive opinion was not required. All thoughts are my own.

This review was published on my blog Shelf Full of Books http://kathrynsshelffullofbooks.blogspot.com/2014/10/shatter-point-blog-tour-and-giveaway.html

Ellen Wookey
3.0 out of 5 stars If you like a good mystery or thriller you will enjoy Shatter ...
Reviewed in Canada on November 24, 2014
Shatter Point is a maze with a locked door. I found myself lost in the timeline at the beginning but I managed to sort it out in my mind. I also found this book similar to a missing piece puzzle. So many pieces to move but in the end it all comes together.
I didn’t get the instant connection with one character. I found myself feeling different emotions with each character. Jeff Altabef does know how to get his words across the paper to the reader. Shatter Point kept you on your game. Partially skimming or half reading this book, is not an option. You just miss too much. I found myself having to back track the next morning as the stuff I read while tired was completely lost to me.
Shatter Point had me branching out from my regular reading. I will say that the book description is a little deceiving. There is so much more to this book than it lets on. If you like a good mystery or thriller you will enjoy Shatter Point. You might find yourself feeling pity for characters one moment and getting ready to bit your nails the next.
Read more
Helpful
Comment Report abuse
See all reviews

Kindle Customer
5.0 out of 5 stars Wow !!!!
Reviewed in the United States on October 16, 2014
Verified Purchase
Shatter Point is an excellent book about Cooper, a particularly disturbed serial killer with a fixation for Maggie since she was a little girl. She did something to him then that still haunts him as a grown man and many women have paid the price. Maggie takes one day out of the year to remember Cooper, but not for reasons that you would expect, as she struggles with the safety of herself and her family, especially her two sons Tom and Jack. Enter into the world of the have and the have nots, where the ghettos across America are disposable to the government. Learn how the experimental drug system is manipulated for money without regard for human casualties. Experience torture, murder, kidnapping, and the behind the scene corruption of old money and politics.
The most peculiar group of people come together to catch the serial killer and attempt to change the balance of power between those who have money and those who do not. Tom and Jack become privy to many old secrets as they embark on a journey to find Maggie after her kidnapping. A pistol toting grannie assassin; various members of the higher echelon of society; two prominent citizens from the ghetto; and a host of other characters mesh together in a story about doing the right thing. The past comes full circle as secrets are revealed that help to understand the mind of a narcissistic serial killer. Experimental drugs play a huge part in this story and sadly the element of truth is frightening. I love the way everybody pulled together, forgot differences, and risked their own lives to uncover corruption at the highest levels. Throw in a bunch of folks who have no problem killing and a love story to boot, and the excitement just continued to build page after page. I read well into the early hours of the morning to finish this exciting and action packed work of fiction and I was so surprised the way it ended. I thought I had the bad guy pegged only to find out that I was totally wrong! I hated some characters, loved others, and was blown away by some of their relationships. I loved it and I highly recommend it to every mystery loving reader out there.
Read more
9 people found this helpful
Report abuse

Kindle Customer
5.0 out of 5 stars The tension in the books ratchets to the shatter point.
Reviewed in the United States on June 26, 2017
Verified Purchase
The story continues from Fracture Point by introducing a whole new level of evil. Not only is the government corrupt but they also control the pharmaceuticals research facilities and the head staff. And what they have planned for the poor make Hitler's regime seem mild. Jack has recovered from his brain injury from before, but his outcome is still uncertain but he has not been told of the side effects. Maggie, their mom, has been kidnapped by a monster from her past. The boys do all they can to save her.
The writing in this book is as well paced and captivating as the first book, but since the story continues with the same basic players there is more depth of character. It was nice to see Tom grow and mature, and Aunt Jackie is really a hoot! Young people never think of older people having a life before them. It's fun to listen to the boys as they learn of Jackie's past.
Great story which comes alive and grabs you until the very end. Is there more coming? I certainly hope so.
Read more
2 people found this helpful
Report abuse

atomskeater
4.0 out of 5 stars Shatter Point review: medical science gone wrong
Reviewed in the United States on November 7, 2014
Verified Purchase
Shatter Point is a sprawling psych thriller that begins with a medical miracle.
Darian Beck is working on a new drug that regenerates brain cells. Against his better judgement his boss begins testing on human subjects, even though the drug has killed all the animal test subjects. Jack, the unwitting test subject, finds himself gaining strange new cognitive abilities. Jacks mother, Maggie, has been stalked by a psychopath since she was a little girl. She has been trying to connect him to a number of misdeeds over the years.The setting is the near future in New York, and various mysteries and drama unfold.

Each chapter is bite-sized, following a different character as their lives weave with one another. The large cast still manages to be fleshed out, with a variety of motives and backgrounds. Quite a few characters are unlikable, but they're all interesting nonetheless. It was interesting seeing how their stories connected. It can be a challenge to keep some of the more minor characters in order, but overall its not too tough.

Aside from the characters struggles, there is an overarching plot regarding the experimental drug and big business trying to use it for their own ends vs one character trying to find safe/sane ways to test and use it. I thought the book was a fun ride that hit the ground running from the start. It kept my attention, the writing was detailed yet breezy and kept things moving nicely, and I liked the large cast.
Read more
2 people found this helpful
Report abuse

Ryan Schukei
5.0 out of 5 stars Excellent book
Reviewed in the United States on June 28, 2017
Verified Purchase
This is a well written book with good characterization and plotting. It is a politely and medical novel with lots of action and twists. It is the type of novel one hates to put down. It also makes me think of "could it really happen "? I was thoroughly engrossed in the story. This is a standalone novel. There are other novels with some of the same characters but they may be read without reading the other. However, you will probably want to read the other novels just to get more of this type and quality of writing. Grab yours now for an excellent read.
Read more
2 people found this helpful
Report abuse

Sue H
4.0 out of 5 stars Power Hungry
Reviewed in the United States on August 29, 2017
Verified Purchase
Shatter Point is the second book in the Point Thriller series. The book can be read as a standalone, but it will make more sense if you have read Fracture Point first. There is violence.

The book blurb adequately describes the storyline so I'm not going to repeat all of that info here. The author did a good job of giving readers an overview of what this story is about and the lengths some people will go to for power. Even though the events in this book were over a short timeline, there are a lot of twists, turns, and surprises written in the storyline. I enjoyed reading this book.
Read more
Report abuse
See all reviews
Fast, FREE delivery, video streaming, music, and much more
Prime members enjoy Free Two-Day Shipping, Free Same-Day or One-Day Delivery to select areas, Prime Video, Prime Music, Prime Reading, and more.
> Get started
Back to top
Get to Know Us
Make Money with Us
Amazon Payment Products
Let Us Help You
EnglishChoose a language for shopping. CanadaChoose a country/region for shopping.
© 2008-2020, Amazon.com, Inc. or its affiliates