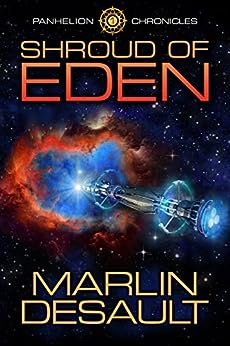 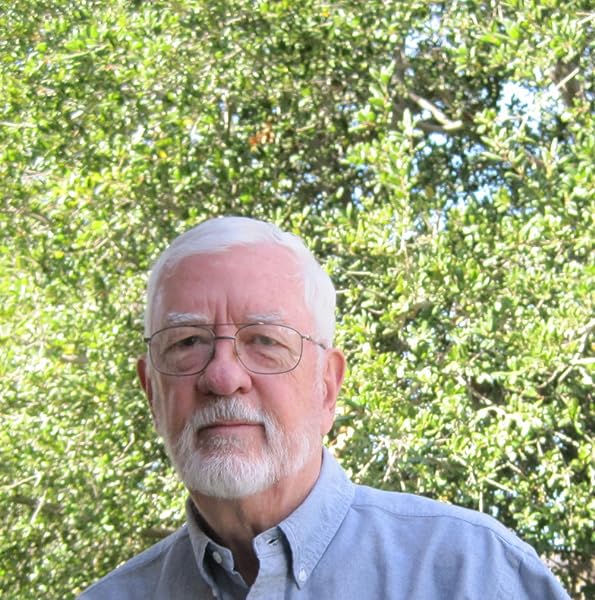 AUTHOR: In my early years I devoured science fiction and fantasy. Later my tastes moved to classic adventure stories written by Hemingway, Steinbeck, and Jack London. My passion for writing came late in life, and only after much encouragement from family and friends who read many of my stories. At Georgetown University I studied German and German literature. That led to an assignment in the Air Force intelligence services in Europe. With those experiences behind me, I returned to the US and the University of Wyoming. My undergraduate and graduate Engineering studies were heavy in advanced physics and mathematics. Upon graduating I taught German and Electrical Engineering at the US Air Force Academy. I mustered out of the Air Force to start a career in high tech start-up companies. Ultimately, I retired and began a third career as a writer. I now live in Southern California, where I spend my time writing when I'm not indulging my passions for sailing, skiing, and reading. I invite you to join me and my characters, both good and evil, as we explore strange places on our journeys through the stars. --This text refers to an out of print or unavailable edition of this title.

Marlin Desault studied German and German literature at Georgetown University. With his studies completed, he served with the US Air Force intelligence services in Europe. Upon his return to the United States, he enrolled in the University of Wyoming where he took undergraduate and graduate engineering degree programs that included courses in advanced physics and mathematics. After receiving his master's degree, he accepted an invitation to teach German and electrical engineering at the US Air Force Academy in Colorado Springs.

He mustered out of the Air Force and began a management career in various aerospace and high tech companies. Currently he resides in southern California, where he writes novels when not indulging his passions for sailing, skiing, and reading.

3.8 out of 5 stars
3.8 out of 5
17 global ratings
How are ratings calculated?
To calculate the overall star rating and percentage breakdown by star, we don’t use a simple average. Instead, our system considers things like how recent a review is and if the reviewer bought the item on Amazon. It also analyzes reviews to verify trustworthiness.
Top reviews

simonz
4.0 out of 5 stars Four Stars
Reviewed in the United Kingdom on October 11, 2017
Verified Purchase
ok read not quite what i expected
Read more
Report abuse

ME
5.0 out of 5 stars Five Stars
Reviewed in the United Kingdom on March 22, 2017
Verified Purchase
good story, what happens next?
Read more
Report abuse

Lawboss
5.0 out of 5 stars Surprisingly Good--This one is a keeper
Reviewed in the United States on September 19, 2015
Verified Purchase
Don't let the price of the read discourage your purchase--the writing style is crisp, the book is well edited and contains a healthy splash of hard science mixed in with a nice story line (new discoveries, alien aggressors, a military in need of leadership and a bad guy you'll love to hate). While there are some fleet battles--if you're looking for hardcore action, this might not be your cup of tea. If you're looking for a well told story with plenty of length, good descriptive prose, solid editing, adventure, and some action--this offering does not disappoint. I look forward to purchasing the sequel which will come out in the Spring.
Read more
7 people found this helpful
Report abuse

PMSteve
3.0 out of 5 stars Burial Shroud of Eden
Reviewed in the United States on April 9, 2017
Verified Purchase
Shroud of Eden is a Space Opera of the highest order... once you get to the 65% mark. Prior to that, this is a glacially slow story.

A disgraced starship captain is court marshalled on trumped up charges to hide a faulty decision made by his commanding Admiral. Scott Drumond is appointed as commanding officer aboard a five-man scout ship tasked with investigating an anomaly in deep space.

This provides the means for Drumond to return home to confront the nefarious admiral who has staged a coup, taking over the ruling senate and making himself a dictator.

This character driven novel is actually quite good, but like I stated, the first half + is quite boring and slow in my estimation. Much of the dialogue is a bit dated and stilted. You'll learn quite a few new words, many of them archaic. If you have a dictionary with your e-reader, you'll be a step ahead.

The ending is quite sucky (?) but there promises to be a sequel. There is action, romance, betrayal, murder and a quasi-alien invasion to contend with.
The bit about the time shield is odd. The fact that a ship goes into the future and returns has absolutely zero bearing on the story. None at all. It could have been left out. The author could have just explained it as a portal to a parallel universe and it would have been enough.

Editing is good with only a couple of synonym switch errors. Far less than usual.

I really liked the second half of the book, other than the ending... it could have been much better. I didn't like it enough to buy the sequel, though.
Read more
Report abuse
See all reviews
Back to top
Get to Know Us
Make Money with Us
Amazon Payment Products
Let Us Help You
EnglishChoose a language for shopping. CanadaChoose a country/region for shopping.
© 2008-2021, Amazon.com, Inc. or its affiliates