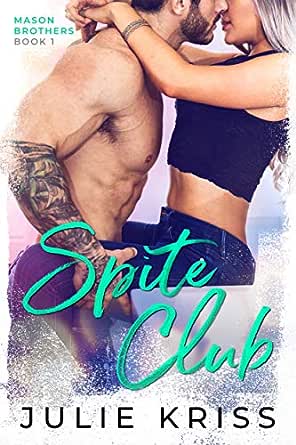 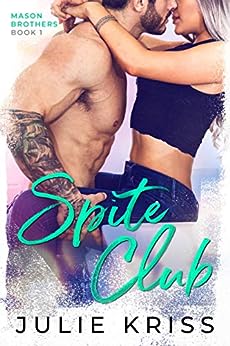 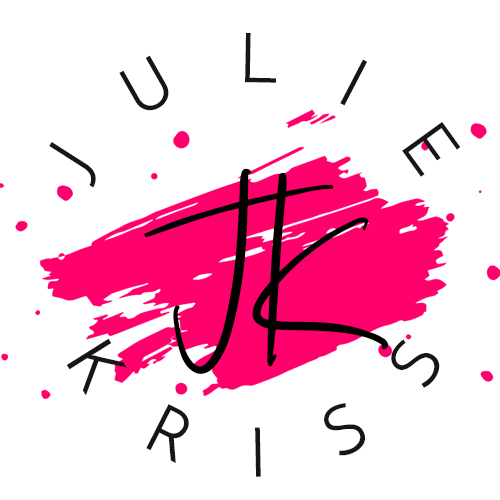 4.3 out of 5 stars
4.3 out of 5
520 global ratings
How are ratings calculated?
To calculate the overall star rating and percentage breakdown by star, we don’t use a simple average. Instead, our system considers things like how recent a review is and if the reviewer bought the item on Amazon. It also analyzes reviews to verify trustworthiness.
Top reviews

Samantha
5.0 out of 5 stars Hot and Heavy
Reviewed in Canada on May 12, 2018
Verified Purchase
I loved the story of Evie and Nick. How the story evolved. Also a very hot read. I don't think anyone can resist the bad boy, Nick is every girls fantasy. Couldn't put the book down.
Read more
Helpful
Report abuse

Kindle Customer
5.0 out of 5 stars OMG SOOOO HOT 🔥
Reviewed in Canada on June 11, 2017
Verified Purchase
Read this book this morning! OMG it was so hot.

The story was so good. Characters dragged you in. I was hoping for a book 2 about Andrew.
Read more
Helpful
Report abuse
See all reviews

Essem Sween
5.0 out of 5 stars 🌟🌟🌟🌟🌟 SURPRISINGLY SATISFYING STORYTELLING 🌟🌟🌟🌟🌟
Reviewed in the United Kingdom on February 15, 2018
Verified Purchase
This was a Free book (through Bookbub) to me but having read it, I can honestly say that I would happily pay for a future book if she continues this as a series. The book is well written, has a really good story with far more depth than you expect from the blurb of two people getting together as a means of "Revenge" against the partners who cheated on them. We first meet Evie when she's roused from a deep sleep by a phone call from Nick, telling her "... I'm about to go beat your boyfriend to a pulp!" She races over to her 'boyfriend's house only to find Josh her 'perfect boyfriend' rolling around clutching his bleeding face, the phone caller looking down with disdain and an unknown female dancing around obviously naked underneath one of the boyfriend's T-shirts,screeching about the fact he'd been hit.As they leave is when they come up with the plan to rub salt in to their 'wounds' by pretending to get together. So far, so predictable you're thinking to yourself? I know that's what I thought, but in this book? Not at all as obvious as you think. There's real depth to the protagonists that unfolds as the story continues and Nick is shown to be far from the rich, lazy waste of space he appears at first glance to be, equally Evie's wild behaviour that's hinted at but hidden to start with is shown to have it's beginning from a genuine trauma during her adolescence. All in all I can wholeheartedly recommend this book to you. It has humour, a real depth and a plot. The sex isn't just blatent, in your face and thrown in for the sake of filling up pages as it is in other 'Erotic Fiction', rather than being part of a developing relationship between the two characters You will come to care about Nick and Evie, and you'll want to know what comes next, and wish them a Happy Ending even when you aren't sure that they're going to get there together! I will be reading more books by Julie Kriss and I bet I'm not alone in wondering whether we'll be getting Andrew's story too. I.would love Andrew to have a Happily ever after of his own.
Read more
2 people found this helpful
Report abuse

RedReader
5.0 out of 5 stars Loved it
Reviewed in the United Kingdom on February 16, 2018
Verified Purchase
This is the first book I have read by this author and I loved it. There is instant attraction and chemistry between Nick and Evie upon meeting (in not the most desirable of situations.
The author has created great characters with these two. They both have well written and full bodied character arcs and storylines.
The author could have taken it the spiteful way and had the exes focus more, but I'm so glad she didn't. Their story allowed for it to become their own unlinked from their exes even though they are the reason for their meeting.
I look forward to reading more from this author.
Read more
2 people found this helpful
Report abuse

Kindle Customer
2.0 out of 5 stars Bad boy, good girl!...
Reviewed in the United Kingdom on September 2, 2020
Verified Purchase
Considering this book was meant to be a bad boy/ good girl romance , it kinda wasn't! Yeah there was plenty of sex scenes and he was a moody sob and she came across, at first, as kinda stuck up but they weren't. I didn't really feel the connection between the two leads, everything was too ...quick! It was an ok book and found it free.2 1/2🌟🌟
Read more
Report abuse

Holly Lodge
4.0 out of 5 stars Enjoyable.
Reviewed in the United Kingdom on February 10, 2018
Verified Purchase
This book was surprisingly good. It was a pleasant read with a few moments of drama included.
Loved Nick's character. I think that he could have carried the story totally from his point of view, instead of alternate chapters shared by the female lead Evie. Worth reading for that feel good factor.
Read more
One person found this helpful
Report abuse

Angelina Smith
5.0 out of 5 stars Meeting Under Unusual Circumstances
Reviewed in the United Kingdom on March 14, 2018
Verified Purchase
I downloaded this book on Amazon Kindle for free and it's the first book I've read by Julie Kriss. Spite Club is a great quick read and there's nothing spiteful about Evie or Nick who meet under unusual circumstances. Don't let the title put you off. This is a story about finding your soulmate when you least expect it and following what your heart desires despite your brain telling you to walk away and not get involved.

Julie Kriss is an author who I'll definitely be adding to my list for keeping up to date with and I wouldn't hesitate to download any of her other books.
Read more
Report abuse
See all reviews
Fast, FREE delivery, video streaming, music, and much more
Prime members enjoy Free Two-Day Shipping, Free Same-Day or One-Day Delivery to select areas, Prime Video, Prime Music, Prime Reading, and more.
> Get started
Back to top
Get to Know Us
Make Money with Us
Amazon Payment Products
Let Us Help You
EnglishChoose a language for shopping. CanadaChoose a country/region for shopping.
© 2008-2020, Amazon.com, Inc. or its affiliates