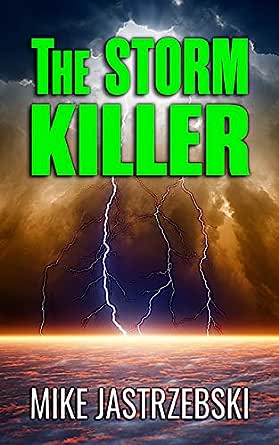 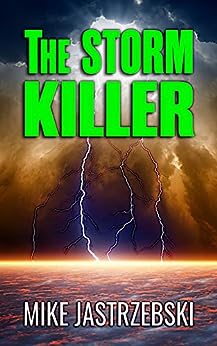 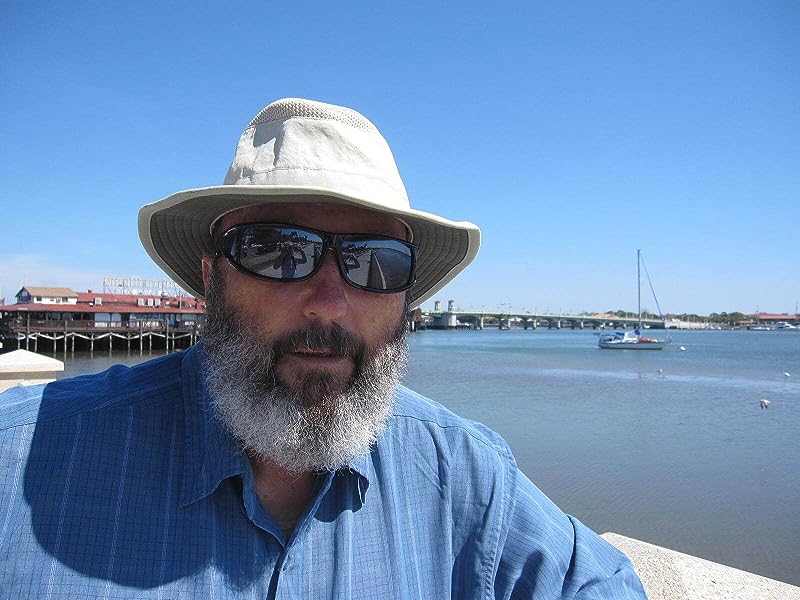 In September of 2003 Mike and his wife, Mary, moved aboard their 36-foot sailboat, Rough Draft. It was their intention to take the boat south from Minnesota to warmer climates where Mike would write a novel. They sailed the boat through the inland river system from Minnesota to Mobile, Alabama where they lived for two years. They also spent three months living in Key West. Currently, the boat is docked in Ft. Lauderdale, Florida. In 2011 Mike and Mary will sail Rough Draft to the Caribbean where they plan to drift until it is no longer fun. In his time living on the boat Mike has completed three novels. The first two books, The Storm Killer, a historical thriller, and Key Lime Blues, a Key West thriller, are now available at Amazon. The third book, Dog River Blues, will be available in early 2011. --This text refers to the paperback edition.

4.0 out of 5 stars
4 out of 5
152 global ratings
How are ratings calculated?
To calculate the overall star rating and percentage breakdown by star, we don’t use a simple average. Instead, our system considers things like how recent a review is and if the reviewer bought the item on Amazon. It also analyzes reviews to verify trustworthiness.
Top reviews

Mags
3.0 out of 5 stars The Storm Killer
Reviewed in the United Kingdom on July 11, 2013
Verified Purchase
Like other reviewers, I thought this novel was really good until it reached the Hemingway bit. I was really enjoying it and thought the characters and plot were great.

After Hemingway's appearance tho the whole story just seemed to grow absurd.

So, a mixed bag, good in parts, unsatisfactory in others.

Not a bad read, just not a great one.

HanT
2.0 out of 5 stars ok
Reviewed in the United Kingdom on October 15, 2013
Verified Purchase
Its ok but I struggled to get into this book. It was slow going not a book i would read again
Read more
Report abuse

keith
3.0 out of 5 stars poor ending
Reviewed in the United Kingdom on July 21, 2014
Verified Purchase
Kept you interested throughout but very disappointing ending. Just when it got interesting finding the motive behind the killings it abruptly ended.
Read more
Report abuse

Studio Su
5.0 out of 5 stars Wonderful "Gum Shoe" reporter in post depression "who done it?"...
Reviewed in the United States on August 6, 2010
Verified Purchase
I discovered this book mentioned on one of the boards. I read it non stop. This is great story written in the first person perspective of Jim Locke, a crime beat reporter just following the Great Depression. Jim's sister has been murdered and for some reason, one copper in particular, has Jim pegged for the murder. Taking on the role of gum shoe to clear his name and avenge his sister's death, Jim follows his nose to find the real killer. There are so many unexpected plot twists and turns that I stayed off balance through out the book! The historical setting is a big plus with all of the nostalgic reminders of times gone by. The characters are well developed and the inclusion of Hemmingway in the plot tied in with the 1935 hurricane.........well it was just a darn great read!

Hard to believe this is a first novel and I hope there are many more. Hope to see Jim's story continue. And Jim and Mary? More,please, more!
Read more
39 people found this helpful
Report abuse

mrsdepass
4.0 out of 5 stars More, please
Reviewed in the United States on May 25, 2014
Verified Purchase
Okay, I liked it. I liked it enough to wish there were more featuring the same characters. I also read all the one- to three-star reviews, most of which made me think of the Wit and Wisdom of Murray Burns ("A Thousand Clowns"): "All anybody should expect from life is a really good apology for all the things they're not going to get," or perhaps one of Ashleigh Brilliant's spot-on PotShots: "I am eagerly awaiting my next disappointment."
Seriously. People. Trust me, you'll get more out of life and possibly be a lot happier if you lower your expectations a little. For me, it's Are the characters reasonably interesting? Is the dialogue at least more sophisticated than a Dick & Jane? Is there a decent sense of locale or time? Is there a reasonably well-conceived story decently told? I don't care if some of the dialogue is cliche-ridden (not my opinion), I don't care if the characters are predictable in behavior or flaw list (also not my opinion), I don't care if the story's been told once or a hundred times as long as there are a few variations (ANMO). If I have varying degrees of most of those components, I'm a happy little fat kid.
Several reviewers complained about the introduction into the plot of a major writer as a character as being out of the realm of possibility. I see their point, but in my lifetime I have had unanticipated and sometimes lengthy interactions with some major celebrities, from Jerry Lewis and Robin Williams to then-Governor Reagan, so I have no problem suspending my own disbelief to give the author some slack there. One friend of mine was propositioned at an airport by musician Chet Atkins, and another by actor George Peppard, so make no mistake: Encounters with the great and near-great DO happen.
As I said, I liked the characters and would welcome their reappearance, the plot kept me turning pages even though it was fairly clear early-on who the murderer was and who would be the next victim, the sense of place and time were well done. The ending was perhaps a tad on the shrink-wrap side but any adverse effect on the story as a whole was slight and outweighed by its entertainment value.
There were, however, two minor mood-breakers for me (three if you want to count the latter one, which occurred twice): The first was mention of a neighborhood shop owner named Stanley Kowalski (Tennessee Williams' "A Streetcar Named Desire"), and the second was a double-cigarette lighting scene straight out of the Bette Davis-Paul Henreid movie, "Now, Voyager". Those two incidents may have been deliberate as a form of homage, or purely accidental, and I'm not discounting the possibility that Paul Henreid wasn't the first human being to light two cigarettes simultaneously, nor was my mood seriously or irrevocably broken.
That said, for those keeping score, here are the standings as far as heads-ups from most reviewers' laundry list of turnoffs:
1.) No paranormal, supernatural, sci-fi, or magic components;
2.) No religious or alternative lifestyle agenda (unless you count considerable boozing and smoking, but then it was set in the '30s);
3.) Some, but not excessive, profanity;
4.) No graphic sexual encounters;
5.) Mild non-gooey romance;
6.) Some violence, but not of an excessively gory or grisly nature;
7.) No child or animal abuse;
8.) No cliffhanger ending;
9.) Grammar and punctuation police, have at it.
Read more
2 people found this helpful
Report abuse
See all reviews
Fast, FREE delivery, video streaming, music, and much more
Prime members enjoy Free Two-Day Shipping, Free Same-Day or One-Day Delivery to select areas, Prime Video, Prime Music, Prime Reading, and more.
> Get started
Back to top
Get to Know Us
Make Money with Us
Amazon Payment Products
Let Us Help You
EnglishChoose a language for shopping. CanadaChoose a country/region for shopping.
© 2008-2021, Amazon.com, Inc. or its affiliates