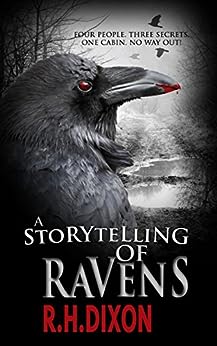 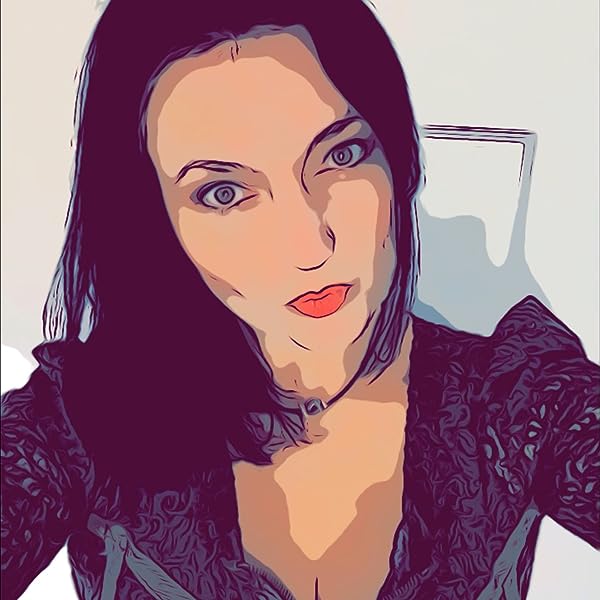 A Storytelling of Ravens: A Thrilling Psychological Horror Kindle Edition

R. H. Dixon is a horror enthusiast who, when not escaping into the fantastical realms of fiction, lives in the northeast of England with her husband and two whippets. When reading and writing she enjoys exploring the darknesses and weaknesses within the human psyche, and she loves good strong characters that are flawed and put through their paces. When not reading and writing she enjoys travelling (particularly wildlife-spotting jaunts involving bears, wolves and corvids), painting and drawing pet portraits, collecting skulls and drinking honey-flavoured Jack Daniels. --This text refers to the hardcover edition.

4.1 out of 5 stars
4.1 out of 5
19 global ratings
How are ratings calculated?
To calculate the overall star rating and percentage breakdown by star, we don’t use a simple average. Instead, our system considers things like how recent a review is and if the reviewer bought the item on Amazon. It also analyzes reviews to verify trustworthiness.
Top reviews

JS
5.0 out of 5 stars True thriller
Reviewed in Canada on August 28, 2017
Verified Purchase
I couldn't stop reading till the very last word. Amazing talent painting images and scenes. It was as if I were there.
Read more
Helpful
Report abuse
See all reviews

Hannah spencer
5.0 out of 5 stars chilling and sinister
Reviewed in the United Kingdom on November 19, 2017
Verified Purchase
This is a creepy and kafkaesque story set in a cabin in an isolated Scottish forest. It centres around Sarah Jane Miller, a neurotic and self-obsessed teenager who reminds me of Amy in Gone Girl, who has an obsessive crush on her mum's new boyfriend.
More and more people are drawn into a nightmare sequence of events which get more and more sinister and unreal as the characters try to discover why they are trapped here.
It is a skilfully written book which you immediately have to read again to fully understand the clues as to what is going on. Highly recommended!
Read more
Report abuse

jillt
5.0 out of 5 stars Brilliant!!!!!
Reviewed in the United Kingdom on August 11, 2017
Verified Purchase
From the very first page I was intrigued and wanted to keep reading to find out what was going on. I always read this authors books much quicker than any others. I end up tired the next day because I've sat up late to read a bit more then a bit more after that! You feel like you really get to know each character and the story itself was described throughout in such vivid detail I could actually imagine it being made into a film - a very good film too!!!!
Read more
Report abuse

g speight
5.0 out of 5 stars chilling
Reviewed in the United Kingdom on January 9, 2019
Verified Purchase
not the scariest book I have read recently but the second book that has frightened me really worth a read if you want to scare yourself silly , this would make an exceptional film
Read more
Report abuse

gillian bell
5.0 out of 5 stars great read
Reviewed in the United Kingdom on January 15, 2019
Verified Purchase
I enjoyed this book very much ,a story that you cant put down ,I did not want it to end.
Read more
Report abuse

KateyB
5.0 out of 5 stars Unusual and unique
Reviewed in the United Kingdom on July 31, 2017
Verified Purchase
I actually really enjoyed this and did not see the twist at the end which though might be pretty out there was interesting. Ill definitely be reading more from this author
Read more
Report abuse
See all reviews
Back to top
Get to Know Us
Make Money with Us
Amazon Payment Products
Let Us Help You
EnglishChoose a language for shopping. CanadaChoose a country/region for shopping.
© 2008-2021, Amazon.com, Inc. or its affiliates