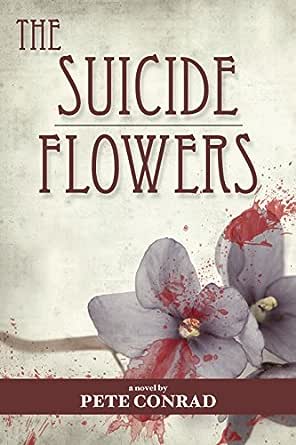 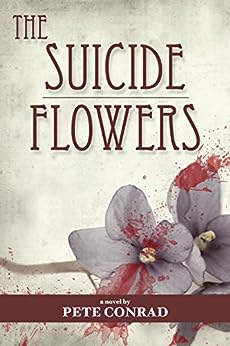 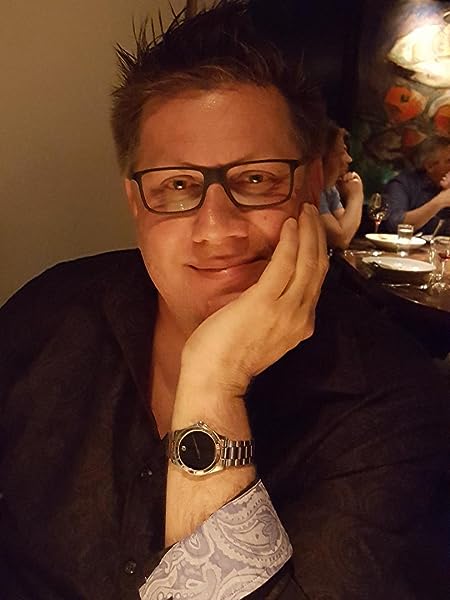 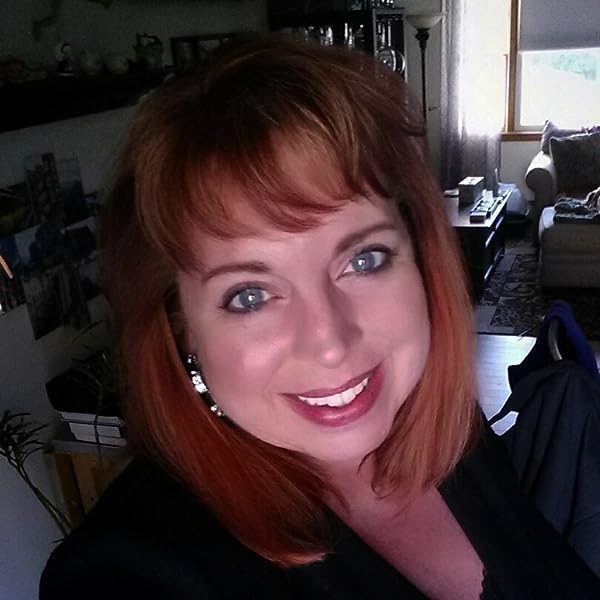 4.1 out of 5 stars
4.1 out of 5
23 global customer ratings
How does Amazon calculate star ratings?
Amazon calculates a product’s star ratings using a machine learned model instead of a raw data average. The machine learned model takes into account factors including: the age of a review, helpfulness votes by customers and whether the reviews are from verified purchases.
Top Reviews

There are 0 reviews and 0 customer ratings from Canada

Stephen Clynes
1.0 out of 5 stars What started off as a challenging read for me, turned into a bore.
Reviewed in the United Kingdom on March 19, 2016
Verified Purchase
What a way to start a book?...

...So, not a bright start to a book. I read books for pleasure and get a lot of enjoyment from reading novels. The Suicide Flowers has many rave reviews on Goodreads, so I thought I would buy a copy and give it a go.

This novel has two central characters, Gabriel - with his terminal illness and Raeburn - the lead singer of the rock band Aluminum Jesus. Chapters alternate between Gabriel and Raeburn as this novel crawls to it’s death.

What started off as a challenging read for me, turned into a bore. You knew that Gabriel’s days were numbered and I developed no empathy for Raeburn. The story rambled on and on in a way a fan would rant about music from an artist you can’t stand the sound of. I got no pleasure from reading this book and there were no surprises as this story bled to it’s death. The plot progression was very predictable and the issues of coping with a terminal illness were NOT fully exploited.

The Suicide Flowers was a big let down for me, it did not enlighten or entertain me. It had all the hallmarks of a made-for-tv movie, one that you would switch off at the first advert break. But because I bought a copy of this sorry book, I read it to the deadly end. I did not feel any grief or loss at the end but relief that I could move on to a better book in my growing collection. I will NOT be reading ANY of the three other books that Pete Conrad has written and will vote this boring novel that I could not relate to the minimum score of 1 star. This is a book to AVOID in my opinion and if I wanted to hear a fan ramble on and on, then every Tuesday when our granddaughter Leah comes around, I only have to ask her about Justin Bieber and let her enthusiasm wash all over me.
Read more
Helpful
Sending feedback...
Thank you for your feedback.
Sorry, we failed to record your vote. Please try again
Report abuse

Bill
5.0 out of 5 stars Great Read!
Reviewed in the United Kingdom on February 1, 2015
Verified Purchase
This is a great story about two characters, Raeburn the famous rock singer and his biggest fan Gabriel. Gabriel is dying of cancer and Raeburn is dying a musical death. Gabriel's lovely wife Isabelle arranges for Raeburn to visit him in hospital, as a dying wish, and they go for a drive together. In its most simple form that is the story! So why did I so love this book and read it so quickly?
The characters are wonderfully vivid and real, and the quality writing is very emotive. As well as the relationship between the singer and his fan, both men have women in their lives and I really felt the pain the women experienced because of their men.
So I loved the interaction of the different characters and then along came a great twist in the story and a surprise ending.
Simply a five star read!
Read more
Helpful
Sending feedback...
Thank you for your feedback.
Sorry, we failed to record your vote. Please try again
Report abuse

Mike
5.0 out of 5 stars Excellent
Reviewed in the United Kingdom on November 30, 2014
Verified Purchase
This novel begins with two men vomiting: Gabriel because of the chemotherapy for his leukemia, and rock star Raeburn Messiah after yet another bout of alcohol and drugs. Don't let that put you off; it is an effective beginning for the marvelous story that follows. For roughly the first half of the book, the author Pete Conrad develops these two characters in parallel, intertwining their personal and family histories. Raeburn is not a very appealing man; he is arrogant and cruel to his colleagues in the band, to his fans, and to his girl-friend Bunny. Gabriel, suffering his illness and fate as bravely as he can, has been a life-long fan of Raeburn. Gabriel's wife, Isabelle, arranges for the rock-star to meet his dying, best fan in his hospital room. This meeting sets off a number of turbulent events and revelations, some very emotional, some tragic. I would not have guessed the conclusion; it is unexpected, but it is believable and satisfying.

Pete Conrad's characterizations and writing style are excellent. And his use of imagery is vividly effective: for example, the tattered 20 year old T-shirt, African Violets, a dog's last car ride.

In the end this is a story of love, death, friendship, family and redemption. This novel is very well-written, well-edited, and it works. It's a five star good read, and I highly recommend it.

Mrs C E Leniston
5.0 out of 5 stars Brilliant read!
Reviewed in the United Kingdom on May 23, 2018
Verified Purchase
This is a brilliant read! Loved reading it, will definitely be looking for more by this author. Characters described and brought to life so thoroughly, I could see them in my minds eye. No need to say anymore as others have said it already.
Read more
Helpful
Sending feedback...
Thank you for your feedback.
Sorry, we failed to record your vote. Please try again
Report abuse

K. Bond
5.0 out of 5 stars A ROCK OPERA WITH BELLS ON
Reviewed in the United Kingdom on January 12, 2016
Verified Purchase
A great story - ticks all the boxes - self-destructive rock star, young man with everything to live for but dying of leukaemia, two childhoods fractured by loss of a parent.... but it never falls into cliche. I can't really say more without giving away the plot, but it kept me rivetted right to the bitter-sweet ending. I hope to see more by this author :)
Read more
Helpful
Sending feedback...
Thank you for your feedback.
Sorry, we failed to record your vote. Please try again
Report abuse
See all reviews
Fast, FREE delivery, video streaming, music, and much more
Prime members enjoy Free Two-Day Shipping, Free Same-Day or One-Day Delivery to select areas, Prime Video, Prime Music, Prime Reading, and more.
> Get started
Back to top
Get to Know Us
Make Money with Us
Amazon Payment Products
Let Us Help You
EnglishChoose a language for shopping. CanadaChoose a country/region for shopping.
© 2008-2020, Amazon.com, Inc. or its affiliates