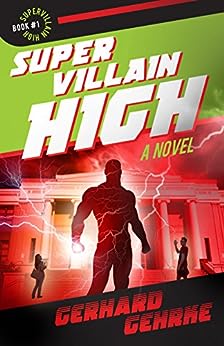 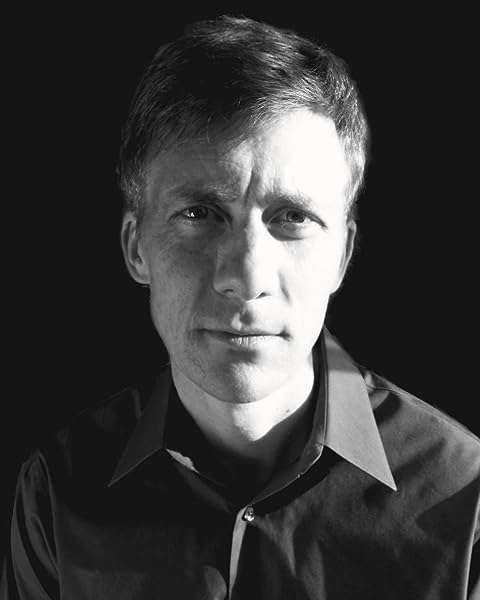 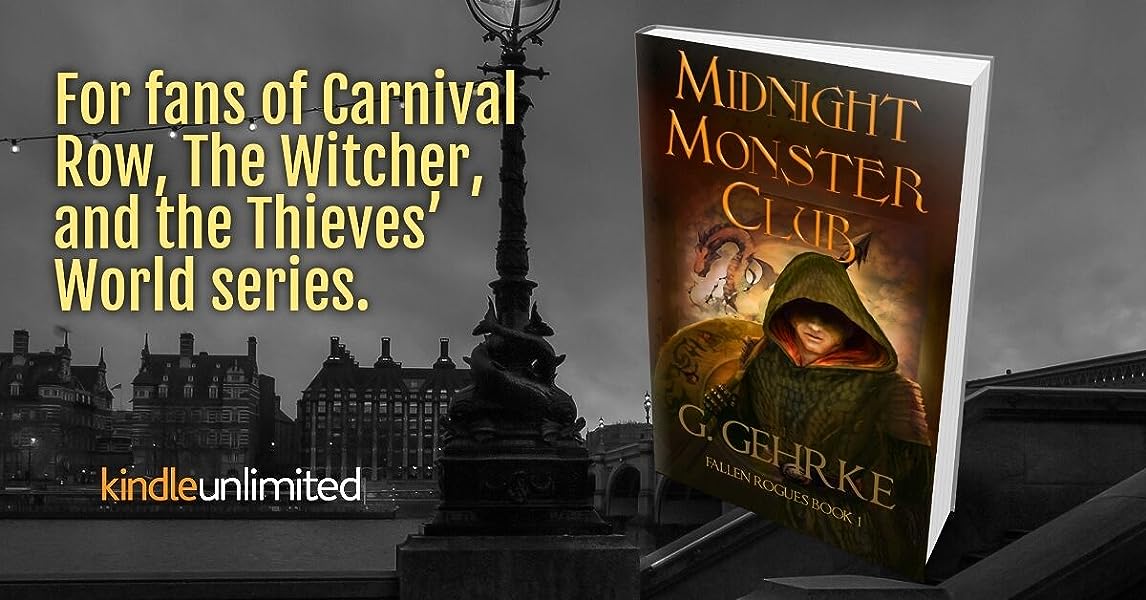 4.0 out of 5 stars
4 out of 5
26 global ratings
How are ratings calculated?
To calculate the overall star rating and percentage breakdown by star, we don’t use a simple average. Instead, our system considers things like how recent a review is and if the reviewer bought the item on Amazon. It also analyzes reviews to verify trustworthiness.
Top reviews

1D82 Many
5.0 out of 5 stars An Epic Adventure!
Reviewed in the United Kingdom on April 24, 2018
Verified Purchase
Brilliant high school adventure with plenty of twists and some excellent plotting!

Our hero has plenty of his own problems without adding those of bullying, fear for his super villain father's life, and a young woman who disappears instantly at the first sign of trouble. Brendon and his chums battle with the strange occurences at the high flying academy and cannot help but investigate when things become more than a little confusing. With friends turning into clones of themselves without all their previous attitude, something has to be done. And do it they do! With aplomb!

H. Bala
3.0 out of 5 stars less a superhero adventure, more a Scooby Doo caper
Reviewed in the United States on November 9, 2018
Verified Purchase
For more than half of this book, I wasn't sure what to make of it. It's set in a world in which superheroes and -villains exist, except there's debate as to whether anyone actually has true super powers. In this world, it's posited that man's psyche is what gave rise to supers. Came the catastrophic earthquake that killed 100,000 people and reshaped the Los Angeles basin into a saltwater lake. It's considered the worst natural disaster ever in the United States.

Then, a rumor began to circulate that it was a supervillain that created the earthquake. That struck a chord with those who had felt helpless and who'd cowered in the face of such primal destruction. After all, "A supervillain could be responded to and fought, or as some preferred, allied with."

And just like that, folks donned capes and cowls and began prowling the streets as colorful crooks and vigilantes. Soon, supers had become part of the fabric of society, had become celebrities with endorsements and publicists and massive fan bases. They became fodder for the media outlets.

For Brendan - a.k.a. Cesar Garza - the supers craze hits close to home, his dad being the supervillain, the Drone King. Brendan, originally a New Yorker, is starting at his new school in Dutchman Springs, California, a hitchhike away from Bakersfield or Palm Desert. It's a private preparatory high school, a posh academy that Brendan's mom, a lowly nurse, couldn't have afforded. But he's been mysteriously awarded a grant to go there, never mind that the kid's got a juvenile record and has suffered expulsions and mediocre grades. And we're very sure, of course, that this grant is on the up and up.

Understandably, Brendan has anger issues. It's hoped that he does well with this fresh start. But this book isn't titled Supervillain High because someone was being ironic. It dawns on Brendan that there's something off about the academy. His suspicions are initially clouded by a rash of cyber attacks causing recurring nation-wide outages that cut off access to cell phones and the Internet. But then his friends start behaving oddly. And there's this mysterious girl that can seemingly access locked rooms at will. And I'm sorry but the writing just telegraphs the creepy headmaster as someone to give the hairy side eye to.

So I'll spoiler this paragraph. You should know that the superhero stuff is kept to a minimum, is really just background noise. Brendan doesn't obtain superpowers, doesn't put on spandex, doesn't give himself a fancy code name. Brendan has a natural aptitude for tinkering with gadgets and with electronics. If anything, I'd describe him as closer to Jonny Quest than a superhero.

I think, 3 out of 5 stars for this one. It tries to do some things. It explores a child's distrust of adults. It draws on our (over)dependency on technology. But there's zero tension. Most of the dramatic conflicts arise from the students' distress at the lack of wifi and at Brendan's constant breaking of school rules - but then only getting a slap on the wrist as punishment. Things do pick up tremendously in the third act as Brendan and his pals from the informal A.V. club finally get to the bottom of things. It's when it all gets very mad science-y.

Sucks for me that I found none of the characters compelling. The most interesting one is the mean girl, Lucille. Brendan, our main character, is blah. Part of it is the zero tension I'd mentioned earlier. For much of the book, the plot just treads water. And maybe there's a bit of poor sportsmanship on my part. I'd expected explosive superhero action and instead got low-key school shenanigans. There's speculation as to whether true superpowers exist in this world. Those costumed freaks on the telly, their abilities seem tech-based, just ordinary folks running around dressed up in tights. It's a world peopled by Bruce Waynes and Clint Bartons and Vic Sages. At least, author Gerhard Gehrke gave us a ridiculously memorable superhero codename. I'd sure like to know more about Please Don't Sue Me Girl.
Read more
One person found this helpful
Report abuse

paul
4.0 out of 5 stars good editing but im not sure what the central tention is
Reviewed in the United States on January 15, 2019
Verified Purchase
this book seems to flow relatively well and its based on a neat concept. however its clearly a young adult book, by which I mean they spend a lot of time describing the eateries and coffee shops that they spend all their time in discussing the weird goings on. gotta say though I didn't see the villain's plot coming despite plenty of foreshadowing. even as I read it I could tell was foreshadowing but none of my guesses about where it was going were accurate. I consider that a good thing and was quite impressed by it. It was also refreshing to read a book where the main group of heroes (of the story at least) were kids, but not all adults were bumbling morons. The reason I rated the book at 4 stars (its really probably more like a 3 1/2 book) is because im not sure if the main tension was the evil bad guy bent on world domination, or the wifi crashing. They spent a lot more time on problems with cell phone connectivity than discussing their concerns about armed men in military gear shooting people at there school.
Read more
Report abuse

kindle reader
5.0 out of 5 stars another world high
Reviewed in the United States on April 10, 2018
Verified Purchase
Brendan’s dad, Myron Reece, is the guy in the purple mask robbing a bank. He calls himself the ‘Drone King’. Raised by his mother Teresa Garza, Brendan leaves home to attend Dutchman Springs Academy, a private prep high school in California, on an awarded private tuition through a grant.

In the school the internet and network are out. Cells phones are out, and kids are standing in line to use the landlines. Brendan builds a phone booster that works. It gets chaotic with an attack on the campus, tranquilizer darts, students acting strangely. Are they brainwashed? Tortured? Throw in gates, this world and other worlds, machines, etc., things get confusing as the kids try to figure things out and you'll be turning the pages.
Read more
Report abuse

Nathan Smith
5.0 out of 5 stars Scotty, can you beam me over?
Reviewed in the United States on October 19, 2018
Verified Purchase
Just finished Gerhard Gehrke’s Supervillain High. A pretty good YA read about student high school life and, well, I won’t be giving any more away. Suffice to say, there will be excitement and mystery, and a bit of scifi unknown. Brendan’s dad is a supervillain. Brendan is embarrassed about it, and emotionally conflicted. He hasn’t seen or talked to his Dad in years and is trying to deal with absent parent issues. Brendan, Tina, and Charlotte are the main actors with major help from supporting characters. Definitely a good read and well worth the time. As an added bonus, the second in the series, Supervillain High Book 2: The Headmaster’s Shadow is also available.
Read more
Report abuse
See all reviews
Back to top
Get to Know Us
Make Money with Us
Amazon Payment Products
Let Us Help You
EnglishChoose a language for shopping. CanadaChoose a country/region for shopping.
© 2008-2021, Amazon.com, Inc. or its affiliates