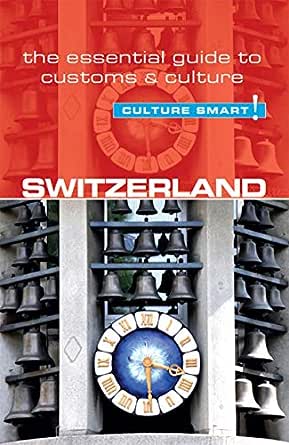 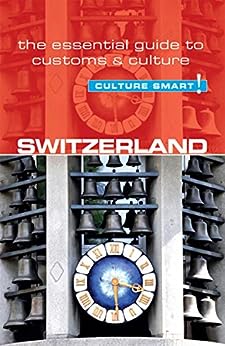 "Culture Smart! has come to the rescue of hapless travelers." —Sunday Times Travel

"The perfect introduction to the weird, wonderful and downright odd quirks and customs of various countries." —Global Travel

"As useful as they are entertaining." —Easyjet Magazine

"Offer glimpses into the psyche of a faraway world." —New York Times.
--This text refers to the paperback edition.

Kendall Hunter is a Canadian freelance journalist, author, photographer, and entrepreneur. After graduating in political science from the University of Calgary she worked and lived in South Africa, England, Wales, and Switzerland. Her first book, Black Taxi: Shooting South Africa, describes her experience as a news photographer in Johannesburg during that country’s first democratic elections. She is the founder of Culture Dock, a new crowd-sourced global travel app that hinges on cultures of the world. She now lives in Toronto.
--This text refers to the paperback edition.

4.8 out of 5 stars
4.8 out of 5
18 global ratings
How are ratings calculated?
To calculate the overall star rating and percentage breakdown by star, we don’t use a simple average. Instead, our system considers things like how recent a review is and if the reviewer bought the item on Amazon. It also analyzes reviews to verify trustworthiness.
Top reviews

Amazon Customer
5.0 out of 5 stars Respectful and true
Reviewed in the United States on July 6, 2017
Verified Purchase
This book truly captures the Swiss essence in a respectful and appreciative way. My late stepfather was Swiss (my mom and I are Latin American, he moved to our contry when they got married) and these pages brought to life so many memories! He trying to fit in a society that doesn't plan long term and time is 'relative', our emotional way to socialize, etc. I remember my mom once asking him by the tenth time in a very flirty way (as customary here) 'Honey, do you love me?, and him looking at her with an expression of confusion all over his face, answering 'Darling, I already told you I love you this morning. I haven't changed my mind.' In the end, we learned a lot from him as well as he from us. Books like these, that can actually help you understand and appreciate a different culture faster, are really a treasure. Thanks to the author for this great work. Totally recommended.
Read more
9 people found this helpful
Report abuse

Hairgoddess
5.0 out of 5 stars Highly recommend
Reviewed in the United States on June 21, 2019
Verified Purchase
I have been traveling to Switzerland for quite sometime now. I came across this book ordered it and read it within two days. Very exciting read. It also helps that I majored in history undergrad so this was an easy read for me. I highly recommend it.
Read more
One person found this helpful
Report abuse

Alaska Girl
5.0 out of 5 stars Interesting and Informative
Reviewed in the United States on February 19, 2020
Verified Purchase
I’ve been to Switzerland two years in a row now, and reading this book has been interesting and informative. The information is accurate and helpful towards understanding Swiss culture.
Read more
Report abuse

Professor Starman
5.0 out of 5 stars Fascinating in-depth guide
Reviewed in the United States on March 21, 2017
Verified Purchase
Superbly written, great insights into the Swiss culture. Details not found in any other travel guide such as why the Swiss never drive with the car windows down. Fascinating reading.
Read more
2 people found this helpful
Report abuse
See all reviews
Fast, FREE delivery, video streaming, music, and much more
Prime members enjoy Free Two-Day Shipping, Free Same-Day or One-Day Delivery to select areas, Prime Video, Prime Music, Prime Reading, and more.
> Get started
Back to top
Get to Know Us
Make Money with Us
Amazon Payment Products
Let Us Help You
EnglishChoose a language for shopping. CanadaChoose a country/region for shopping.
© 2008-2020, Amazon.com, Inc. or its affiliates