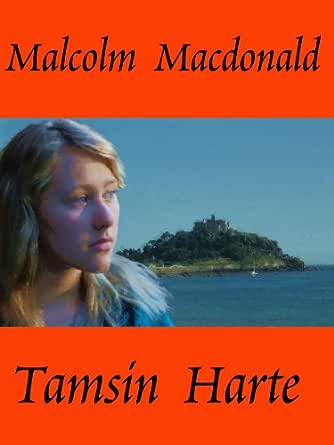 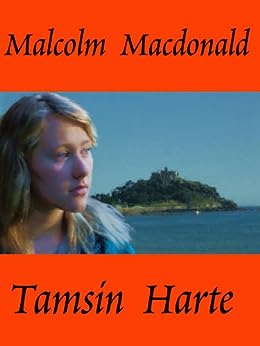 Set in a Cornish fishing village at the turn of the last century, Macdonald's latest historical romance (after Like a Diamond) evokes the moment when England's rigid class structure first began to loosen and the upper class began to reconsider its conventional injunction against the self-made man, or in this case, woman. Tamsin Harte and her mother, Harriet, fall from the upper echelon of society when Tamsin's father dies and his shipping firm goes bankrupt. They open a boarding house to get by. Energetic, enterprising and ambitious, Tamsin discovers that she has a mind suited to business enterprises. (Her secret ambition is to build "the best hotel in Cornwall.") When it comes to romance, however, she is still bound by tradition. Though attracted to handsome fisherman David Peters, she cannot consider him as anything more than a friend, since he is not of the right class. Instead she sets her sights on Victor Thorne, a spoiled young man from an upper-crust family whose snobbish, scheming mother, Cicely Thorne, provides much of the story's conflict. Tamsin also finds herself attracted to Standish Coverley, a helpful and engaging man who owns the region's most posh hotel, but who appears uninterested in romantic liaisons with women. There is plenty of social intrigue and high adventure, including brandy smuggling, narrow escapes from the custom officers, fine dining and skinny dipping. Delightful descriptions of archaic Victorian-era practices, such as the use of "ladies' bathing machines," add historical color. Though a number of interesting and amusing secondary characters disappear or play disappointingly minor roles in the plot, Macdonald tells a lively and engaging tale. (Mar.)
Copyright 2000 Reed Business Information, Inc. --This text refers to an out of print or unavailable edition of this title.

MacDonalds latest heart chart for beleaguered youth (Like a Diamond, 1999, etc.).This time, its 1910 or so and snippy little Cornish virgin Tamsin Harte has her eye on the next step up. Will Tamsin set out to attract well-to-do Young Master Victor Thorne with his neat military moustache with its waxed points, pricked in perfect symmetry, and his merciless but very kissable lips . . .? Well, hed interest her only as a means to an end. And that end for Tamsin, who was herself born to wealth but upon her fathers death found herself running a boardinghouse with her mother, is to build a hotelthe best in Cornwall. It will take some time, however, for Tamsin to learn the facts of life. To her, a kiss on the beach is the very pinnacle of courtshipuntil she goes on a maiden voyage with Victor. Then, though, theres also the young lobsterman David Peters, who offers her a free lobster in exchange . . . for what? This David, who has his eye on Tamsin, will never have the income that awaits Victor. Whats more, when David overhears Victor planning a wonderful fishing trip with Tamsin, and talks with her about it, Tamsin finds she would much rather be talking with David about Victor than with Victor about David. And so, when she burns her bridges and David finally does kiss her, his hunger is brandy on her lips. Lips, lips, thats what its all about . . . . MacDonald charmingly captures Tamsins passions, which spring at us like piano notes sparkling over a bass line of class divisions and Cornish lingo. Bustling expectations for romance readers. -- Copyright ©2000, Kirkus Associates, LP. All rights reserved. --This text refers to an out of print or unavailable edition of this title.

The eponymous heroine of the prolific Macdonald's latest historical novel is a feisty young entrepreneur corralled into running a bed-and-breakfast with her mother after her beloved father's death. Tamsin and her mother have moved to a Cornish seaside resort and opened a guest house with their last remaining funds. Believing that only a wealthy husband will make her dream of opening a first-class hotel come true, Tamsin connives to meet a handsome young vacationer. She also makes the acquaintance of a crusty old seaman and his gorgeous fisherman son, and the Rolls Royce^-driving owner of the area's grandest hotel. A free spirit in that fateful summer of 1907, Tamsin skinny-dips with the maid of her wealthy new friends as well as with two men before she learns the facts of life, then becomes involved in a smuggling scheme. But no matter what she gets up to, Macdonald's determined heroine retains her light-hearted innocence and joie de vivre. Diana Tixier Herald --This text refers to an out of print or unavailable edition of this title.
Read more
click to open popover

5.0 out of 5 stars
5 out of 5
2 customer ratings
How does Amazon calculate star ratings?
Amazon calculates a product’s star ratings using a machine learned model instead of a raw data average. The machine learned model takes into account factors including: the age of a review, helpfulness votes by customers and whether the reviews are from verified purchases.
Top Reviews

Amazon Customer
5.0 out of 5 stars Great relationship drama
Reviewed in Canada on February 5, 2000
Life dramatically changes for Tamsin Harte and her mother following the death of her wealthy father because their shipping company goes bankrupt. The Hartes fall from grace, or at least the upper echelon of society, when Tamsin realizes she no longer has the pick of any eligible males in her Cornish village. To bring in income, the financially scrapped Hartes open up a boarding house, which further alienates their so-called society friends. Tamsin actually takes to their new business as if she was born to manage a boarding house and soon dreams of opening up a new hotel.
Still, in spite of their new status, Tamsin decides that fellow blue blood Victor Thorne would make a suitable spouse even if he is spoiled and a bit of a snob. Likewise, her brain finds hotel owner Standish Coverley as the ideal husband. However, her heart chooses fisherman David Peters, who she believes would be the worst choice for her. Will her heart, her brain, or her upbringing choose her husband for Tamsin?
TAMSIN HARTE is a warm historical fiction that makes 1900 Victorian England feel as if the reader is observing its' activities first hand. The exciting story line centers on Tamsin and her new status and relationships with people and business. The wealth of detail adds to the texture of the tale as Malcolm MacDonald discerningly interweaves tidbits in the plot. The secondary cast enlivens the novel and in some ways, though their appearances are brief, is much more interesting than Tamsin's retinue of followers. Mr. MacDonald paints a charming novel that shows a strong woman overcoming the rigid chains of society.

Joanne M
5.0 out of 5 stars Malolm Macdonald books
Reviewed in the United Kingdom on June 16, 2014
Verified Purchase
As yet I have not got round to reading this, but as I have read several of his other books, I am sure I will enjoy this one just as much
Read more
Helpful
Sending feedback...
Thank you for your feedback.
Sorry, we failed to record your vote. Please try again
Report abuse