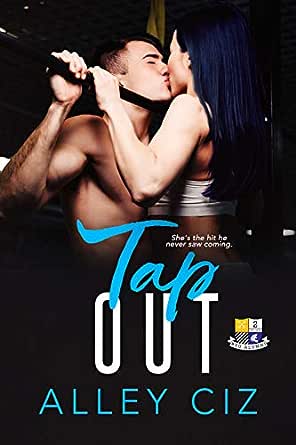 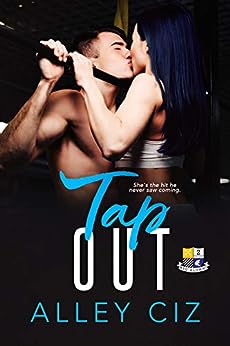 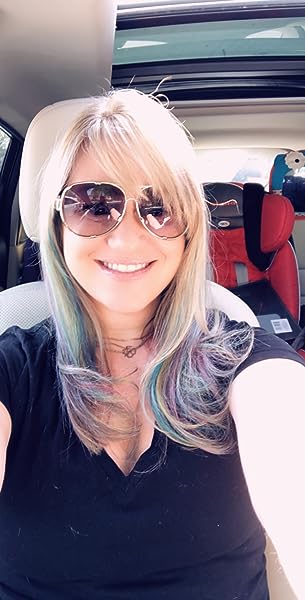 4.7 out of 5 stars
4.7 out of 5
9 global customer ratings
How does Amazon calculate star ratings?
Amazon calculates a product’s star ratings using a machine learned model instead of a raw data average. The machine learned model takes into account factors including: the age of a review, helpfulness votes by customers and whether the reviews are from verified purchases.

bookeverlasting
5.0 out of 5 stars Another prizewinning book written by Alley Ciz!
Reviewed in Canada on September 9, 2019
⭐️⭐️⭐️⭐️⭐️ 5 STARS

Another prizewinning book written by Alley Ciz! This is the second book in the BTU Series, and it can be read as a standalone.

I loved the main characters, Rocky and Gage. They are both such tough individuals and the connection between them is off the charts.

"We are a team. You and me work as a unit. Your pain is my pain. Your problems are my problems."

The author creates such memorable characters and I was so happy to read more about the Coven and other BTU alumni. Please Alley...Can I be an honorary Coven Member?

This book will keep you captivated from beginning to end! Tap Out by Alley Ciz is an EPIC read that I highly recommend and it will join the ranks of the BIBLIO-ARISTOCRACY!!!

it.sgottabethebooks
5.0 out of 5 stars Yasss! Gage & Rocky are fire!
Reviewed in Canada on September 9, 2019
Alley Ciz is back with her BTU series. Tap Out is the 2nd book in the series and features Rocky and Gage.

She delivers such a great read with great characters. The main hero and heroine are so well developed and have amazing chemistry together. Alley Ciz writes such memorable characters that you can’t help but anticipate more from the BTU cast.

Rocky and Gage are relationship goals. They are both such strong characters, physically and mentally. Everything about this story will have you hooked from the cover to cover. Oh and speaking of cover, it is perfect. It captures Gage and Rocky exactly how I pictured them.

This is a must read and I highly recommend it to all. So fricken epic!!
Read more
Helpful
Comment Report abuse

Italbooklover
5.0 out of 5 stars Fight
Reviewed in Canada on September 11, 2019
I was given an advance readers copy of this book and have decided to write a voluntary honest review. Honestly Alley blew me away with Tapp Out, I couldn't put it down and honestly didn't want to. I was so into this book and the characters I was sad to see it end lol. I absolutely love Rocky I love her girl who can handle herself. And cage my God he's just perfect. I love UFC fights fights nights are always watched with the hubby the big ones. And I have to say Alley did this book and the sport more then justice. I can't wait for Vince's book next. But I have strong connection and attraction to Jase.
Read more
Helpful
Comment Report abuse

CPet
4.0 out of 5 stars 4.5 Hot and Sexy Stars!
Reviewed in Canada on September 9, 2019
After reading the blurb, I was eager to meet Gage James...he’d make any woman want to tap out of single life!

Gage is a UFC Heavyweight Champion and Rocky is a physical therapist at the new gym where Gage will be training, not to mention, she’s also his coach’s daughter. Rocky doesn’t date fighters and the last thing Gage needs right now is a beautiful raven haired distraction, but damned if he can seem to let the attraction go. Sounds like the universe is against them, but Gage enjoys a challenge...so game on!

Gage is all sexy alpha male, Rocky is a strong kick ass female, and together, their chemistry is smoking hot. They are romance couple perfection!

This group of friends we’re getting to know and love in this series is quickly growing...the banter, text messages and antics between them is comical and very entertaining, to say the least. Can’t wait for more!
Read more

Laura J
5.0 out of 5 stars Great read
Reviewed in Canada on September 9, 2019
Wow!!! Alley has done it again!!! You don’t want to miss this book! It is full of angst and lots of laugh out loud moments.... I was yelling at my phone telling the characters to smarten up... lol. Rocky is strong and powerful and I want her to be my best friend. Gage is hot! Over all this book is a great sports romance! You don’t want to miss this!
Read more
Helpful
Comment Report abuse
See all reviews

Ashleigh McCarry
5.0 out of 5 stars Just..... 😍😍
Reviewed in the United Kingdom on September 13, 2019
Verified Purchase
Oh my God!! This book ❤️ dont know if I’m more in love with the men or the women to be honest. Yes the men are badass as f***, but dear lord these women 🤯🤯 I don’t think I’ve EVER read a book with as many badass, confident, I-will-crush-you-with-my-little-finger-and-not-think-twice-about-it women in it. Love it all. Can’t recommend highly enough.

Thought I loved Power Play.... but this was just amazing on so many levels. Can’t wait to see what the next book has in store for us 🥰🥰
Read more
One person found this helpful
Helpful
Sending feedback...
Thank you for your feedback.
Sorry, we failed to record your vote. Please try again
Report abuse

Readonreader
5.0 out of 5 stars I love The Kraken
Reviewed in the United States on November 12, 2019
Verified Purchase
Gage “The Kraken” James is the heavy weight champ and when it came time for him to be closer to his cousin and family he switches to a new coach and team to train with. The Steele Maker team consists of new and up and coming fighters, friends, champion winning coaches, and most of all the Steele family and “The Coven”. I loved that this group of fighters, hockey players, best friends are all a tight knit group that are severally loyal, protective, and busy bodies that have the nest of intentions at heart. Rocky is part of a group of friends that was deemed “The Coven” because the guys think they have magical powers that could help them take over the world. Rocky is fierce, loving, hardworking, and out to prove she can hang with the best of them. Once Gage meets Rocky his world is flipped on its axis because he has an immediate attraction to her, but its not just looks but her intellect and her astounding knowledge of fighting. Rocky tries to fight her lifetime crush on Gage by trying to stay professional but Gage has her in his sights and this alpha make is not giving up on this fight. These two together are just inevitable and stand by each other no matter what, and with their group of friends having their support and love they don’t let anything come between them and Gage finds his tribe. I loved all the alpha male hotness, the group of friends, and the loyalty everyone had for each other.
Read more
One person found this helpful
Helpful
Sending feedback...
Thank you for your feedback.
Sorry, we failed to record your vote. Please try again
Report abuse

Smart shopper
5.0 out of 5 stars Great book - read the whole series!
Reviewed in the United States on November 14, 2019
Verified Purchase
This is a great book from a great writer. I find that the characters are all very well developed and easy to relate too. Even though it is sports themed, it's an easy read for anyone not into sports or a regular follower. The love story is amazing, beautiful, and dramatic all at the same time. I fell hard for Rocky & Gage and their forbidden love. You'll definitely get hooked. It's not a hard read and I recommend reading book 1 too. Such a great series and I can't wait to see what Alley brings next! The Harry Potter references for any Potterhead are priceless too!
Read more
One person found this helpful
Helpful
Sending feedback...
Thank you for your feedback.
Sorry, we failed to record your vote. Please try again
Report abuse
See all reviews
Fast, FREE delivery, video streaming, music, and much more
Prime members enjoy Free Two-Day Shipping, Free Same-Day or One-Day Delivery to select areas, Prime Video, Prime Music, Prime Reading, and more.
> Get started
Back to top
Get to Know Us
Make Money with Us
Amazon Payment Products
Let Us Help You
EnglishChoose a language for shopping. CanadaChoose a country/region for shopping.
© 2008-2020, Amazon.com, Inc. or its affiliates