Technocracy Rising and over one million other books are available for Amazon Kindle. Learn more

Included with a Kindle Unlimited membership.
Read with Kindle Unlimited
Share
Have one to sell?
Sell on Amazon
Flip to back Flip to front
Listen Playing... Paused   You're listening to a sample of the Audible audio edition.
Learn more
See all 3 images 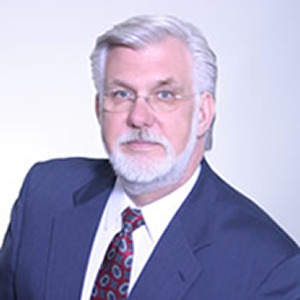 Start reading Technocracy Rising on your Kindle in under a minute.

4.8 out of 5 stars
4.8 out of 5
206 global ratings
How are ratings calculated?
To calculate the overall star rating and percentage breakdown by star, we don’t use a simple average. Instead, our system considers things like how recent a review is and if the reviewer bought the item on Amazon. It also analyzes reviews to verify trustworthiness.
Top reviews

Amazon Customer
5.0 out of 5 stars The third ideology of dictatorship
Reviewed in Canada on March 27, 2017
Verified Purchase
Excellent review of what really drives the Elite thinking. Of course the lack of common understanding of Technocracy calls it Socialism or the Left. This is neither left nor right but still as dangerous to individual freedom and renouncing of natural action as the Soviet iron fist. The UN may be deeply infested by this false religion. This is the third version of dictatorship.
Read more
8 people found this helpful
Helpful
Report abuse

Albert
5.0 out of 5 stars Excellent
Reviewed in Canada on January 1, 2017
Verified Purchase
Strengthened my belief in too much government whether elected or non elected. Knowledge of Jimmy Carter's participation is proof of "good" Christians falling.
Read more
One person found this helpful
Helpful
Report abuse

Kathy Chevy
4.0 out of 5 stars Understanding the next enemy
Reviewed in Canada on October 10, 2015
Verified Purchase
Very easy to understand. Gives ways, ideas to fight for our rights/freedoms on which our North America has been nurtured. This book shares hope but not without standing up for truth.
Read more
6 people found this helpful
Helpful
Report abuse

Mymondi
5.0 out of 5 stars Well researched and written
Reviewed in Canada on January 16, 2017
Verified Purchase
To the point and a must read for anyone who wonders why everything is so regulated.
Read more
One person found this helpful
Helpful
Report abuse

David Thorpe
5.0 out of 5 stars Review of - Technocracy Rising: The Trojan Horse by Patrick M. Wood.
Reviewed in the United Kingdom on April 19, 2016
Verified Purchase
This book is written primarily from an American perspective; but the same processes described in this book can readily be seen at work in the UK and the whole of the Western world.

Anyone wanting to know what on earth is going on in this world at this time should read Technocracy Rising: The Trojan Horse by Patrick M. Wood. This book explains in very clear and plain language, the plans, policies and actions ranged against we ordinary people of the world today.

After reading this book the reader should then understand why there is no real difference in policy or direction of the political parties; why nothing ever improves with a change of government; why the controlling Green Agenda is driven by all shades of politics; why investigative journalism within the mainstream media has become a lost art; why there is a bland commonality in the output from the mainstream media; why there is ever-increasing control over every aspect of all our lives by the political and corporate classes.

The big revelation for me was reading Chapter 7 “Transforming Law”. This chapter describes the transformation from formal law, comprehensible law, what many of us would interpret as “fair and knowable law, into REFLEXIVE LAW. Reflexive law is undefined law, where the prosecutor/applier of 'law' uses every possible deceit to achieve the 'required' outcome. Reflexive Law is a 'win-win' for the prosecutor/applier, and 'lose-lose' for the defendant. The whole of this book is worthy of a close read, but the book is worth having if only to read Chapter 7.

Chapter 8 “Transforming Energy: Global Smart Grid” will enlighten all who are unaware of where the Smart Grid and Smart Meters are taking us – it is a nightmare that makes Orwell's 1984 look like a children's tea party.
Read more
23 people found this helpful
Report abuse

Joel
5.0 out of 5 stars Very informative and applicable as ever!
Reviewed in the United Kingdom on July 19, 2020
Verified Purchase
This book provides a good explanation of technocracy and how it is changing our world today. The book talks about how the main building blocks of society are made up of religion, economics and politics and how technocracy is gradually controlling all three. I would highly recommend everyone to read this book as it is applicable as ever, especially during this current global pandemic!
Read more
4 people found this helpful
Report abuse

John Anthony Jarvis
5.0 out of 5 stars Revealing the "Bigger Picture".
Reviewed in the United Kingdom on January 12, 2021
Verified Purchase
This excellent and well researched piece of work establishes the links between people and organizations with powerful vested interests at heart.
If one is not of a cynical outlook before reading this book,you almost certainly will be upon reaching the end.
One way or another it would seem that our actions and opinions are being manipulated to bring about changes that are not in our best interests,and that we would not take on voluntarily.
Where governance at any level is concerned,it seems the message is: Accept nothing,and question everything!
Read more
Report abuse

Anna
4.0 out of 5 stars Interesting
Reviewed in the United Kingdom on January 19, 2021
Verified Purchase
Fascinating insight into our present day conundrum,
Brilliant study of treads creating smoke-screen we are faced with
Personally I would skip the Christian (any) religion aspect
The law of nature/ Universe - is enough to give firm basis to freedom to anyone - certainly enough for me
Read more
One person found this helpful
Report abuse
See all reviews
Fast, FREE delivery, video streaming, music, and much more
Prime members enjoy Free Two-Day Shipping, Free Same-Day or One-Day Delivery to select areas, Prime Video, Prime Music, Prime Reading, and more.
> Get started
Back to top
Get to Know Us
Make Money with Us
Amazon Payment Products
Let Us Help You
EnglishChoose a language for shopping. CanadaChoose a country/region for shopping.
© 2008-2021, Amazon.com, Inc. or its affiliates