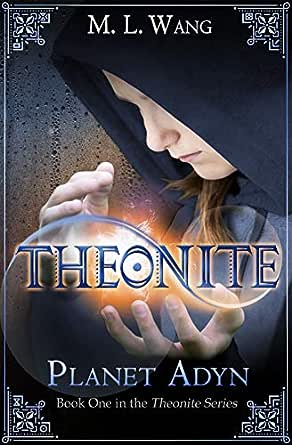 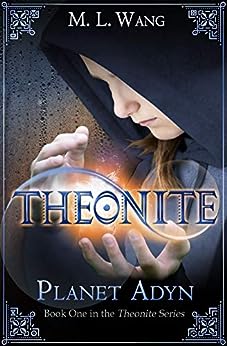 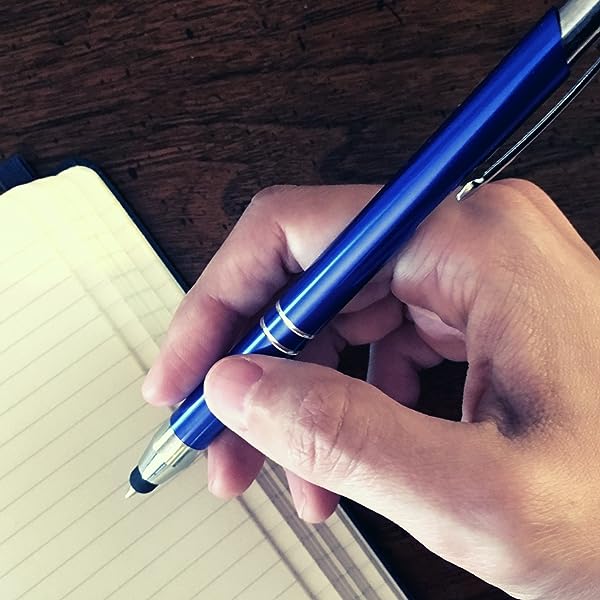 M. L. Wang was born in Wisconsin in 1992, decided she wanted to be an author at the age of nine, and never grew up. She got her Bachelor of Arts in history from Knox College in 2015 and currently works at a martial arts school in her home city of Madison. --This text refers to the paperback edition.

4.3 out of 5 stars
4.3 out of 5
64 global ratings
How are ratings calculated?
To calculate the overall star rating and percentage breakdown by star, we don’t use a simple average. Instead, our system considers things like how recent a review is and if the reviewer bought the item on Amazon. It also analyzes reviews to verify trustworthiness.
Top reviews

Samia
5.0 out of 5 stars Amazing
Reviewed in Canada on October 20, 2019
Verified Purchase
One of the most unique series I've ever read. Has amazing world building in both universes. I love how Planet Adyn and it's power system was introduced and can't wait to read it to the end. The characters are amazing and I love the parent-child relationships depicted. The mystery is really well done too.
Read more
Helpful
Comment Report abuse

Andrew
3.0 out of 5 stars Definitely YA.
Reviewed in Canada on October 10, 2020
Verified Purchase
Overall I enjoyed the story and characters and I’m looking forward to the next book in the series. I started with The Sword of Kaigen which is very good.
Read more
Helpful
Comment Report abuse

Abigail Curlew
5.0 out of 5 stars Stellar book, pls read
Reviewed in Canada on September 8, 2020
Verified Purchase
This was the magical adventure ive been waiting for ! The characters were interesting, the tension and suspence on fire, and the antagonist terrifying!
Read more
Helpful
Comment Report abuse

M. King
1.0 out of 5 stars Oh what a disappointment
Reviewed in the United Kingdom on November 2, 2019
Verified Purchase
I bought this book after reading the excellent Sword of Kaigen which is a mature exhilarating read.

This book , written in a YA style , is the opposite and tells the silly story of an super-powered thirteen year old and the boy from another dimension who comes to her school whilst he and his father are hunting a killer. Yes, it’s as stupid as it sounds. Our heroine is a bratty precocious child who no-one could warm to which doesn’t help.

There’s a thing as well where so much of this world seems at odds with what we saw in the Sword of Kaigen, you know like inter-dimensional space travel in this book compared to the reasonably techy but still feudal world in Sword of Kaigen.

Alex Atimos
3.0 out of 5 stars Good read, interesting premise and solid characters
Reviewed in Germany on March 25, 2019
Verified Purchase
The idea: A young girl. Joan, has super powers. She’s had them all her life. But she’s the only human on earth with these abilities. Besides her struggling to keep this whole thing a secret and flying under the radar, a family of interdimensional bounty hunters appears in her neighbourhood. It turns out: They are special too. But there’s a reason behind their appearance in her town.

On the con side:

Exposition
We get a whole chapter dedicated to her baby-years and how she learned to conceal her powers. It’s well written. But it would have been so much cooler if it was embedded in the story. Instead, it’s just narration. It’s like a montage in a super hero movie. This makes the whole process rather dull and she seems oh so perfect in the end.

Then there’s the thing with the parallel universe. Joan gets all the information on a silver platter. Instead of discovering it bit by bit, Space-Dad shoves it in her face.

On the other hand: He doesn’t mention crucial stuff. Because children shouldn’t have to deal with such stuff. While this is a perfectly good answer in real life, it undermines the whole concept of the book. Why did he take his son with him without giving him background information? Why did he tell the children anything at all? It just feels as if this information was left out to create conflict.

Age
No teenage character acts their age. Either that or I’m really out of touch with teenagers. Joan’s supposed to be 13 but she speaks and acts like 30. Same goes for Daniel, son of Space-Dad. They judge the consequences of their actions correctly, they show knowledge beyond their years, and they notice stuff normal teenagers would ignore. They don’t even seem to be a huge problem to their parents - for different reasons.

Fillers in dialogue
There’s a difference between dialogue and spoken language. Theonite doesn’t always respect that boundary which makes reading dialogue cringe worthy. There are some fillers in it (like) which have no place being there. I know it’s supposed to sound more natural, but the opposite is the case. It’s just awkward.

On the pro side:

I really liked the plot. It’s interesting to see what a girl would do with her superpowers when there was no-one around to teach her. No mentor, no guidance, no-one to trust. Especially considering Joan’s family situation.

Characters
Even though I just criticised the actions of those teens, I’m glad they don’t act their age. I’m not into children’s books. (Unfortunately, Amazon doesn’t show the age of the target audience in my country.) I got the feeling that the characters have (mostly) a very good reason for being who they are, that there’s a story behind their quirks and behaviour in general. That’s great.

The parents
There’s quite a good explanation for Joan’s parents acting the way they do. So even though she’s got both, mum and dad, she’s basically free to do whatever she wants. And we do see how she feels about it.

The writing itself is good. It’s easy to read and engaging enough to be interesting. Nicely done.

All in all I give Theonite a solid 3 out of 5 Stars which makes it a good read. Writing, characters and plot are great, it’s just these parts with exposition and the age of the protagonist which bother me.
Read more
Report abuse

Cliente Amazon
4.0 out of 5 stars An Solid YA book
Reviewed in Brazil on December 16, 2019
Verified Purchase
The reviewers that gives this book a 1, 2 stars are mostly being unfair, because they probably read the sword of kaigen first (a masterpiece, imo), but a VERY different kind of book, this a YA, that was a drama book on a fantasy setting, two completely different beasts.

Said that, and given the fact that this is her first book, and it is round around the edges, it's a worthwile read if you're into YA, and the mature themes that shines on TSOK appears on a rough state here, the shitty relation on the family of the protagonist, the feeling of impending doom of a seemingly invincible antagonist.
Read more
Report abuse

Steven M. Brown
3.0 out of 5 stars Fun and interesting, with a few reader speed bumps
Reviewed in the United States on July 10, 2020
Verified Purchase
This first book of the series is certainly entertaining with some good characters and intriguing world building. Depending on the rest of the series or books set in these world's it could be more than a one time read. (Edit NOTE: Author has discontinued this series and with the style of the writing meaning that over arching story lines are left hanging and to be honest I would not have jumped in to the series if I had known) This book felt more like long proluge or the first half of book. Everything is to set to get the characters where the authors really wanted them, that is where book two is, rather the flushing out characters in a complete and well rounded story in and of it self.

Before I get into reader speed bumps I will say this book is a good read and can be enjoyed by those who like fantasy mixed with sci to. They is a few instances of strong language that i feel bumps it up to an older YA range about PG15 but the style of writting does have many of the ya hooks dispite the setting.

There was a lot of "oh cool" moments that made the story exciting, and because i don't want to spoil it I'm left a bit of complaining. The quality of the work was such that it pulled me along quite quickly at times which made the several reader speed bumps knock me out of the story that much worse. Despite how intelligent the main protagonist Joan is, and how she has cut her self off from others, she does not read like a 13 year old. It felt more like something aimed at older young adults minus the romance and friendships. Granted chapter 1 starts out with the feel of first person epistolary, it never felt right. The way she looked at her parents seemed off. They where rather flat and only in the story it seemed because a 13 year old needed parents, and as a way to show how superior she was to them.

Honestly it was the realtionships with her parents that did not make sense, even with how the author tried to set it up and explain away how they did not know or ignored the fact that their child was unquie.

Over all age of how the protagonists feels seems older by three or four more years.

This is a lot of complaining but it comes from a place where I truly enjoyed the story and see it's spots all the more.

There was an mountain of info dumping, granted much of it was interesting it did slow down the pacing slot. What threw me more than anything was the distainful way the author randomly portrayed the Christian mother and later on Christianity it self. This was set in the point of view of a 13 year genius but it really served no purpose in the story other than to exspress the possible views of the author. It does seem like spirituality is a sore point with the character so it is my hope that it becomes a more well rounded characterization in stead of a straw man to take shots at.

There was also some aspects of the story concerning common sense, for example a jungle gym, or really nothing on a play ground, can be weighed in the tons. Students do not get exspelled from school for smoking, you get detention or at suspended for a couple days. This may be a silly thing to notice but it came out in a way where the author was trying to show the reader an example of racism but it did not flow quite well. As race seemed to be so something that would be focused on in book 2 if felt like the author was planting seeds in book one.
Read more
Report abuse
See all reviews
Fast, FREE delivery, video streaming, music, and much more
Prime members enjoy Free Two-Day Shipping, Free Same-Day or One-Day Delivery to select areas, Prime Video, Prime Music, Prime Reading, and more.
> Get started
Back to top
Get to Know Us
Make Money with Us
Amazon Payment Products
Let Us Help You
EnglishChoose a language for shopping. CanadaChoose a country/region for shopping.
© 2008-2020, Amazon.com, Inc. or its affiliates