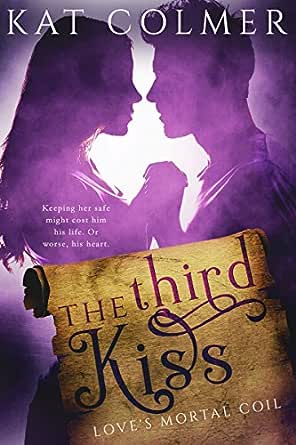 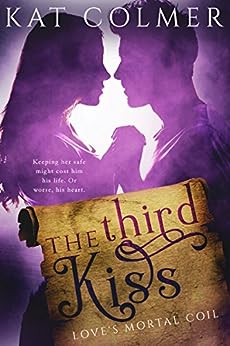 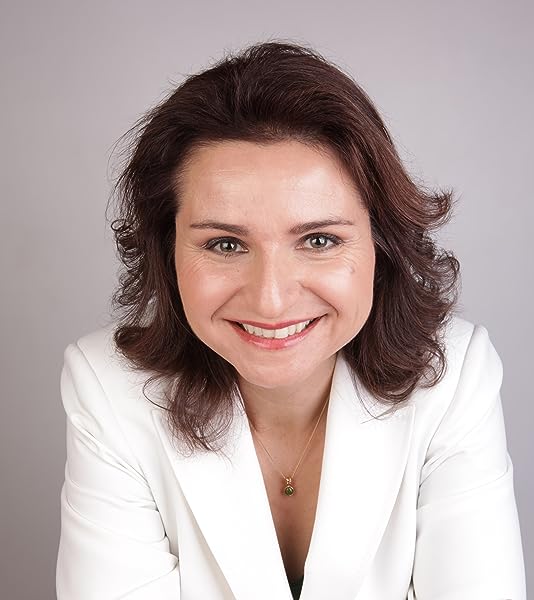 4.9 out of 5 stars
4.9 out of 5
9 global ratings
How are ratings calculated?
To calculate the overall star rating and percentage breakdown by star, we don’t use a simple average. Instead, our system considers things like how recent a review is and if the reviewer bought the item on Amazon. It also analyzes reviews to verify trustworthiness.
Top reviews

The Plot: All in all, The Third Kiss was a very entertaining story. It's definitely not your average love story, 'cause you hope curses and demons and sharp swords are not involved. But the adventure was amazing. I could not put this book down, even for food (and if you know me, food is one of my favorite things, next to books about adventure, curses, and swords lol)

The Characters: I loved our protagonists! With a lot of books, I often find the supporting characters stealing my heart. But Cora and Jonas were front and centre and were very strong characters. All of our characters were very well written, with strong personality traits and flaws, worthy of love or hate!

Was it Worth Reading?: Without a doubt! I was hooked from the very beginning and am seriously hoping for another! I am also going to find more books by our author, because I love her writing. I highly recommend The Third Kiss and give it 5 out of 5 crossbows.

Konekokimi
4.0 out of 5 stars Engaging & Entertaining
Reviewed in Canada on August 8, 2017
Jonas Leander is not one for committed, long-term relationships, but since he and his good friend Cora shared an impulsive kiss just before she left to spend a year in New York, he's had trouble thinking of anyone or anything else. She, on the other hand, feels little more than a slight fluttering when she remembers that awkward night.

When Jonas receives a strange poem from an anonymous source, Cora does some investigating and discovers it is actually an ancient love curse passed down through the generations of his family. He has three opportunities to choose a partner wisely, otherwise he will be doomed for a life of rejection. For someone as shallow as Jonas appears to be, this is going to be a difficult feat, especially as he's already used up two of his chances! Jonas also finds out that he is an Eros Guardian - the choices he makes have the power to protect romantic love or cause it to die out forever Added into the mix are the Groth Maar, demons who oversee the curse. Their main purpose is to eradicate the Eros Guardian line.

Jonas thinks being in love is a trap - something to avoid at all costs and Cora is far too practical to fall for him. But there is a lot more to them than meets the eye. Because of the bond they share, the potential for genuine love puts Cora in danger from the Groth Maar. The development of their feelings for one another is natural and plausible. They have much in common and understand each other more deeply than they realise.

Reader of Romance
5.0 out of 5 stars Kat Colmer writes a great heartfelt YA novel
Reviewed in Australia on August 17, 2017
Verified Purchase
Kat Colmer writes a great heartfelt YA novel. Her writing is sharp, witty and humorous. For example, one of my favourite phrases from The Third Kiss is; "The beast of possibility was back and its damn leash was missing." I fell in love with Cora and Jonas and Kat Colmer kept me hoping and guessing as to whether they would find their way through the maze of curses, Groth Marr demons and Love's Mortal Coil to find their happy ever after. I'd encourage anyone who loves YA to read this book, it's wonderful.
Read more
Report abuse

Jillian Jones
5.0 out of 5 stars Fabulous YA
Reviewed in Australia on June 19, 2018
Verified Purchase
I love the author’s short stories and am thrilled to say this novel didn’t disappoint. Such a lovely, graceful character arc for Jonas and Cora and I love the concept of an Eros Guardian - “A keeper of romantic love, able to protect and nurture it or cause it to die.” It’s very cute. The adventure filled plot with all the violence, gore and blood pushed my comfort zone but the characters are so very likeable and the writing is so good, I was invested and compelled to keep reading.
Read more
Report abuse

TracyReads
5.0 out of 5 stars Action packed adventure
Reviewed in Australia on September 22, 2017
Verified Purchase
This story packed in the punches. It was an action packed adventure, fast paced and full of surprises. Cora, Jonas, Beth and Leo are great characters and I wasn't sure how it was all going end. No spoilers so I can't tell you - you'll have to read it for yourself.
It was a great read and I'm looking forward to the next one from Kat Colmer.
Read more
Report abuse

Heidi Reads
5.0 out of 5 stars So clever! So romantic! I want more!
Reviewed in Australia on September 14, 2017
Verified Purchase
I loved every page of this book. Kat Colmer is a master storyteller, perfectly balancing exactly the right combination of romance and action. It's not a comedy, yet so many times I laughed out loud at some of the clever descriptions and exchanges. A fantastic, fresh twist on an ancient love curse. Read it - I'm sure you'll love it too!
Read more
Report abuse

Amazon Customer
5.0 out of 5 stars Sweet, sexy and sassy all in one book
Reviewed in Australia on August 14, 2017
Verified Purchase
Sweet, sexy and sassy all in one book! Could not recommend it enough! The Third kiss is the story of strong, smart Cora and sexy Jonas - and the two are about to discover love can't be sidestepped, not matter how much it frightens and challenges you. Get this book peeps, you won't regret it!
Read more
Report abuse
See all reviews
Fast, FREE delivery, video streaming, music, and much more
Prime members enjoy Free Two-Day Shipping, Free Same-Day or One-Day Delivery to select areas, Prime Video, Prime Music, Prime Reading, and more.
> Get started
Back to top
Get to Know Us
Make Money with Us
Amazon Payment Products
Let Us Help You
EnglishChoose a language for shopping. CanadaChoose a country/region for shopping.
© 2008-2020, Amazon.com, Inc. or its affiliates