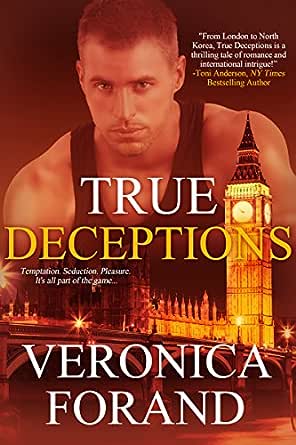 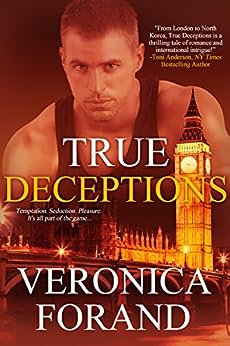 4.6 out of 5 stars
4.6 out of 5
15 global ratings
How are ratings calculated?
To calculate the overall star rating and percentage breakdown by star, we don’t use a simple average. Instead, our system considers things like how recent a review is and if the reviewer bought the item on Amazon. It also analyzes reviews to verify trustworthiness.
Top reviews

Monique D
3.0 out of 5 stars A nice spy story
Reviewed in Canada on October 19, 2015
Simon Dunn had been hiding for 8 months from MI6, but they found him. A woman is dead and he’s given the choice of completing another mission or facing murder charges. To make matters worse, he’s saddled with a new partner who has no field experience: Cassie Watson. Cassie has superlative computer skills, is a triathlete, and doesn’t believe in violence; she’s all wrong for the job, and she doesn’t want to be there. Simon’s former partner, Nicola, whom he secretly loved but never reciprocated, was killed on the job, and Simon doesn’t want to be partnered with Cassie, but again, he has no choice. Cassie is totally out of her element, but she is spunky and rises to the situation when required; she’s a very engaging character. Simon is cold, extremely professional, but there is a lot of background on both characters, which makes things interesting. I love how Ms. Forand takes a realistic approach to the spying world: there is much more preparation than actual action, and it’s very well-researched. TRUE DECEPTIONS is a very nice little spy story.

I received a complimentary copy in exchange of an honest review.
Read more
Helpful
Report abuse

J Campbell
5.0 out of 5 stars I loved the opening when the reader is introduced to the ...
Reviewed in Canada on October 19, 2015
Hot spies, twists, and a thrilling romance!

From the first chapter to the final scene this book kept me intrigued. I loved the opening when the reader is introduced to the hero. Perfection. It set the tone for the adventure to take place. With a twist on the fish-out-of-water trope involving the heroine to the exotic locations (North Korean being one), I enjoyed every edge-of-your-seat moment.

I highly recommend this book to fans of thrillers who love a dash of romance sprinkled in with their action-packed adventure.
Read more
One person found this helpful
Helpful
Report abuse
See all reviews

Jo-Ann Carson
5.0 out of 5 stars A Sexy Spy Thriller
Reviewed in the United States on October 23, 2015
Verified Purchase
Veronica Forand’s action-packed, Romantic Suspense thriller, True Deceptions is a phenomenal read. I can’t think of a better word to describe it. I couldn’t put it down.
The opening chapter is brilliantly written, rivalling the openings of James Bond movies. Filled with emotional drama, well developed characters and conflict it leaps off the page. I won’t give any spoilers, but I will say she had me within a few pages.
British, alpa-male hero, Simon Dunn, a somewhat reluctant MI6 operative, has class, intellect and courage beyond measure. Forand builds an intriguing character motivated by conflict and heart. Ruggedly handsome, the heroine notes, “…his body appeared molded by Roman gods for purely hedonistic activities.” And he’s good at those activities.
And Californian, Cassie Watson, a peace-loving, vegan, computer nerd turns out to be his perfect match. Simon describes her as, “…a brain in a centerfold’s body.” He tries not to notice the leggy blonde too much, because he has a huge assignment to complete, but he can’t help but note, “…her looks could disarm a man even if her fighting skills couldn’t.” And, “…She could break the concentration of a Tibetan monk!”
The heat between them sizzles.
The secondary characters are equally intriguing. The plot is fast paced and has surprising twists. Even though the subject is dead serious, Forand’s rich sense of humor plays through the dialogue deepening the texture of the plot and the tone of the novel.
Thoroughly entertaining! I recommend Veronica Forand’s True Deceptions for any reader who loves sizzling romance and intriguing spy stories.
I’m going now to Simon’s Facebook page. I’m totally his fan
My favorite line: “Crawling around in the mud and digging a ditch under a hidden section of barbed wire fencing were not his favorite activities, but he’d walk through molten lava to bring Cassie to safety.”
Read more
6 people found this helpful
Report abuse

Heidi Senesac
5.0 out of 5 stars No lie- Forand Delivers
Reviewed in the United States on December 18, 2015
Verified Purchase
I expected romance and suspense in the book and I was not disappointed at all. Simon is an experience operative in the spy game, and plays regularly in the underbelly of humanity, making arms deals, hoping to circumvent true catastrophe by picking and choosing his clients. Cassie Watson is about as far from being an experienced undercover agent as sunrise is from sunset. Drone software is her field of expertise which is why she is paired with Simon on this particular mission. Throw in a harrowing experience in the middle east, and continuous problems with the end client, and this book will keep you on the edge of your seat.
Forand has a gift for making even the most complex plot read smoothly. Her characters are real, the danger she creates for them is palpable and her solutions believable. I really enjoyed this story. Although it is the second in the series, it reads as a stand alone.
I would highly recommend this book for anyone who loves suspense and romance wound together.
Read more
2 people found this helpful
Report abuse

J Campbell
5.0 out of 5 stars I loved the opening when the reader is introduced to the ...
Reviewed in the United States on October 19, 2015
Verified Purchase
Hot spies, twists, and a thrilling romance!

From the first chapter to the final scene this book kept me intrigued. I loved the opening when the reader is introduced to the hero. Perfection. It set the tone for the adventure to take place. With a twist on the fish-out-of-water trope involving the heroine to the exotic locations (North Korean being one), I enjoyed every edge-of-your-seat moment.

I highly recommend this book to fans of thrillers who love a dash of romance sprinkled in with their action-packed adventure.
Read more
2 people found this helpful
Report abuse

caroljohns827
4.0 out of 5 stars Similar to the Movie from which the Title Came
Reviewed in the United States on October 26, 2016
Verified Purchase
A fast-paced spy romance with a lot of action and blood. Heroine is somewhat idealistic and in denial about a lot of things. Hero is smart, good looking, a little bossy, and well established in the spy community. Only four stars due to the amount of violence and the somewhat over the top action. But on the whole a very interesting book that I do recommend buying and reading.
NOTE: This is part of a series and while it is probably okay to read out of order, I prefer to read them in order.
Read more
Report abuse

Brenda Caught in a Book
4.0 out of 5 stars An agent trying to retire being forced back into the arms trade with a newbie, computer whiz partner. What could possibly go wr
Reviewed in the United States on December 21, 2016
Verified Purchase
True Deceptions was a book with non-stop action in it. Cassie and Simon are interesting characters and go well together. There were a few times that I was sick of reading about how tall she was. I can appreciate the fact that her height and blonde hair would make her stand out when they were in North Korea, but it was overdone. Tucker was too weak and unqualified, therefore it made me doubtful that he would have found them near the end, as well.
Overall, not a bad book to get wrapped up in for a little bit of MI6 spy intrigue.
Read more
Report abuse
See all reviews
Fast, FREE delivery, video streaming, music, and much more
Prime members enjoy Free Two-Day Shipping, Free Same-Day or One-Day Delivery to select areas, Prime Video, Prime Music, Prime Reading, and more.
> Get started
Back to top
Get to Know Us
Make Money with Us
Amazon Payment Products
Let Us Help You
EnglishChoose a language for shopping. CanadaChoose a country/region for shopping.
© 2008-2021, Amazon.com, Inc. or its affiliates