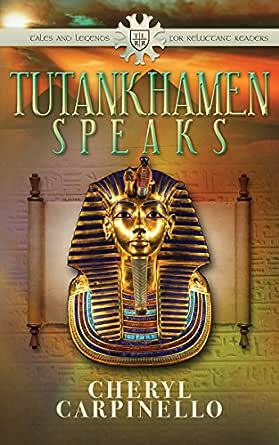 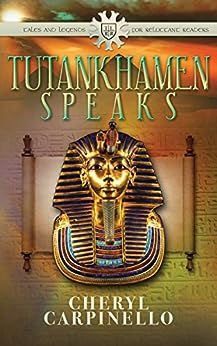 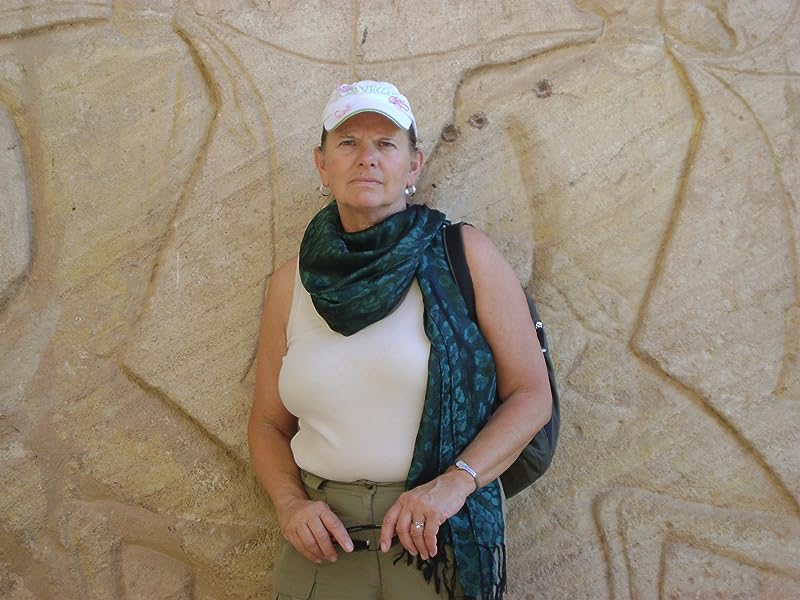 I’m a retired high school English teacher. A devourer of books growing up, my profession introduced me to writings and authors from times long past. Through my studies and teaching, I fell in love with the Ancient and Medieval Worlds. Now, I hope to inspire young readers and those Young-at-Heart to read more through my Tales and Legends for Reluctant Readers set in these worlds. Ancient Egypt has always fascinated me, as it has thousands of others. When my husband and I visited Egypt in 2008, we traveled on our own. After arriving in Cairo, we explored the Giza Plateau. The Sphinx and the Pyramids took my breath away. Touching the blocks of Khufu's pyramid connected me to the builders of that pyramid over 3000 years ago. We traveled the length of Egypt twice by train. I could talk for hours of the magnificent monuments we explored: the temple at Abu Simbel, Luxor and Karnak temples, the Colossi of Memnon, the Valley of the Kings and of the Queens. I would return in a heartbeat to that magical land. I lost part of my soul to that ancient land. --This text refers to the paperback edition.
click to open popover

3.6 out of 5 stars
3.6 out of 5
17 customer ratings
How does Amazon calculate star ratings?
Amazon calculates a product’s star ratings using a machine learned model instead of a raw data average. The machine learned model takes into account factors including: the age of a review, helpfulness votes by customers and whether the reviews are from verified purchases.
Top Reviews

Betty Welch for Fiction Vixen's
5.0 out of 5 stars The Pharaoh speaks
Reviewed in Canada on January 9, 2016
Tutankhamen Speaks is the second book that I've read from Ms Cheryl Carpinello the first book was The Sons of the Sphinx and I can say I thoroughly enjoyed both story. This authors writes for middle grades and young adult fiction and she has an amazing way with getting you hooked on history. This story is written in Tutankhamen point of view which make's it seem like he still lives as Pharaoh of Egypt. The story is written like this author was able to get her hand on lost scroll which contained actual recollections from the young Tut before he became the Pharaoh. These mystery scrolls that was written long ago and had been missing until recently is a journey through his life. The way this story is written is said to be from the spirit of the deceased Pharaoh himself. I like how the author has given as a glimpse into the everyday life of Tutankhamen ,before and after his rise to Pharaoh of Egypt. As reading this great story I felt like I was transported back in time and seeing everything through his eyes, what his life was really like . I totally like how Ms Cheryl Carpinello has to learn the young about characters in history or future pasted , it's enjoyable and fun at the same time for all readers. I could go on and tell you more about this great story ,but that would spoil it for you. I highly recommend that you reading this great story ,then pass it to your young teenage daughter of son because none of you's will be disappointed
Read more
Helpful
Comment Report abuse
See all reviews from Canada

Kindle Customer
4.0 out of 5 stars Good for a Beginning Reader
Reviewed in the United States on July 20, 2019
Verified Purchase
However, Carpinello puts a few too many debatable ideas in as fact, and if the child goes on later to read more factual material, considerable confusion may result. It is doubtful that Smenkhare was Nefertiti, although that has been posited. It is emphatically not true that kingship in Egypt, especially in the 18th dynasty, passed from father to son; it was conveyed by marrying the great royal wife. When a non-royal woman was the most loved queen, you can bet that there was a less loved royal daughter in the background. It is generally believed that Horemheb gained the throne not just by his power as general, but also by marrying a princess, most likely Sitamun.
There was an epidemic as the book mentions, but it did damage other than and greater than Carpinello mentions.
This is not a complete put-down of the book. If it gets kids to read, especially boys, that's great. But a book intended to get children to read and to develop their interests in ancient history should not take sides in major controversies.

Crystal W
4.0 out of 5 stars Nice blend of fact and fiction
Reviewed in the United States on February 26, 2016
Verified Purchase
When I read the blurb for this story, I was immediately intrigued. I was a History Major in college and have had a special interest in all things ancient Egypt from the time I was a child. Going in, I was immediately confused. According to the blurb, it is about some missing scrolls that told of a time when the Pharaoh Tutankhamen spoke to others from beyond the grave. The scrolls were said to be found again in 2011 hidden in a basement room in the Cairo Museum by an Egyptian scholar, S.L. Wood who then deciphered most of the text, the parts that hadn’t been destroyed by time and he sent his findings to the author for publishing.
When I started reading it was about the young Pharaoh at the age of six. He has just seen an elephant for the first time and found out that his father has a private zoo. While an exciting read, I really didn’t see where this book had anything to do with King Tut’s spirit speaking from beyond the grave. I loved reading the brief history of the boy king told from his perspective, the mixture of facts with fiction so that it blends seamlessly, and the fact that Mrs. Carpinello actually used the fact that he died due to injuries resulting in a chariot accident, instead of some of the rumors that have been spread since the discovery of his tomb.
With all of that being said, it was quite a good read, my suggestion though would be to remove that portion so that no one else would be confused.

Carolyn Wilhelm
5.0 out of 5 stars Very Convincing Historical Fiction Based on Facts
Reviewed in the United States on April 20, 2016
Verified Purchase
The literary ploys are so well done in this book that the reader wonders if in fact it isn't nonfiction. The author makes it apparent how the world looked and seemed to King Tutankhamen from the ages of six through sixteen. What would it have been like to be
King Tutankhamen? This story is like time traveling to understand. The responsibilities he had could be compared and contrasted to what teens' lives are like today. Great read for group discussions.
Read more
2 people found this helpful
Helpful
Sending feedback...
Thank you for your feedback.
Sorry, we failed to record your vote. Please try again
Report abuse

WYNN JONES
2.0 out of 5 stars very short
Reviewed in the United States on February 15, 2020
Verified Purchase
Someones idea of what might have been 3000 years ago, far far away.
Read more
Helpful
Sending feedback...
Thank you for your feedback.
Sorry, we failed to record your vote. Please try again
Report abuse

Kindle Customer
5.0 out of 5 stars Five Stars
Reviewed in the United States on April 28, 2017
Verified Purchase
Book is legit.
Read more
One person found this helpful
Helpful
Sending feedback...
Thank you for your feedback.
Sorry, we failed to record your vote. Please try again
Report abuse