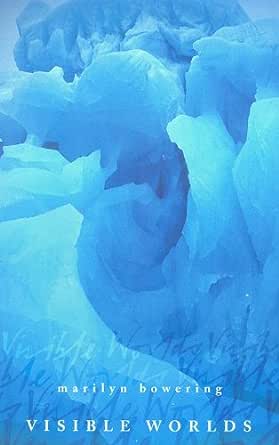 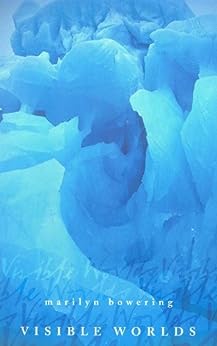 First published to admiring reviews in Canada last fall, Bowering's powerful second novel (after To All Appearances a Lady, 1990) chronicles the tribulations of a Winnipeg family through WWII and the turmoil that follows. Twin brothers at the center of the story reflect parental differences: Gerhard inherits his mother's love of European culture, heading to prewar Germany to study music, while Albrecht stays home to marry the girl next-door. Their father studies "personal magnetism" and falls for a fortune-teller whom he has despised for years. Albrecht's friend, Nate, invents an imaginary companion after his sister burns to death, and Nate's father runs off with a tiger tamer. After the war, Gerhard, who was forced to become a German soldier, disappears into a Soviet labor camp, while Albrecht and Nate find themselves caught up in Korea. Interspersed throughout the narrative is the vividly imagined trek of Fika, a tough Soviet woman who crosses the North Pole to find a new life in Canada. Bowering maps the overlapping territory between science and spiritualism, love and madness. Her family melodrama, reminiscent of John Irving's work in its circus imagery and horrifying losses, occasionally seems misaligned with the Alistair MacLean-like war and ice adventures. But Bowering's characters, steeped in the Canadian virtues of stamina and decency, prove so compelling that few would regard the overabundance of imagery or story lines as anything but a wealth of poetic reflection on tragedy and human endurance.
Copyright 1998 Reed Business Information, Inc. --This text refers to the hardcover edition.

Canadian writer Bowerings second novel (after To All Appearances a Lady, 1990) memorably chronicles the toll taken by wars (the World Wars, Korea, and the Cold War) and random accidents upon three families whose lives sometimes mingle too neatly. Like Pat Barker, Bowering is claiming territory that has long been a masculine preserve: martial battle and its long-term consequences. The story of the three families here, and the events that associate or separate them, begins in Winnipeg in 1960 at a football game. There, Albrecht Storr watches as his childhood friend and neighbor Nate Bone dies. Moving back and forth from the 1930s to the '60s, various narrators relate the costs of war and linked catastrophes for the families (theres also a parallel story: that of Fika, a Russian explorer who in 1960 is making her way across the polar icecap to Canada, freedom, and the family she was yanked from earlier by the Nazis). The death of Nate's sister Lily led him to run away at 12 with a neighbor's baby; and, in the 1950s, to swap his own deformed baby for another, the deformities a result of medical experiments performed on Nate as a WWII POW; and, in the Korean War, to be branded a traitor. For the Storr family, the two World Wars meant the breakup of a marriage, the death of a German half-sister, and the loss of Gerhard, Albrecht's twin brother, who while studying in Germany joined the Nazi army, only to die later in a Soviet labor camp. The third family's two daughters also lose their children under tragic circumstances. Nate returned to Winnipeg in the late 1950s in a Cold War swap, and by 1960 new connections are established to replace those severed by war, death, or infidelity. A narrative high-wire act, as well as a subtle meditation on chance, luck, and inevitabilityfor all of which war offers the perfect if drastic laboratory. -- Copyright ©1998, Kirkus Associates, LP. All rights reserved. --This text refers to the hardcover edition.

Marilyn Bowering is an award-winning poet and playwright whose first novel, To All Appearances a Lady, was a New York Times Notable Book of 1990. She was born in Winnipeg and grew up in Victoria, British Columbia. She has lived and worked in the United States, Greece, Scotland Spain, and Canada and now makes her home in Sooke British Columbia. Visible Worlds was a finalist for the fourth annual Orange Prize in 1998. One of the most important literary awards in Great Britain, the Orange Prize is given each year to the best novel published there that is written by a woman. --This text refers to the hardcover edition.

The labyrinthine plot of this second novel (following To All Appearances a Lady) by Canadian poet and playwright Bowering is almost impossible to summarize. In briefest outline: twin brothers, Gerhard and Albrecht, born to German parents on the Canadian prairie in the Thirties, follow divergent paths in life, and their stories will involve them in nearly every major event of the next 30 years. When World War II breaks out, the brothers find themselves on opposite sides of the conflict after Gerhard is sent to Germany to pursue a musical education, leaving Albrecht behind in Canada. The postwar period also finds them in radically different circumstances?Gerhard ends up in a Siberian labor camp, while Albrecht spends time as a Korean prisoner of war. The narrative shifts between the twins' lives and that of a young Russian pursuing her dream, through hazardous conditions, to become the first woman to reach the North Pole. In the background, at all stages of the brothers' story, their father's belief in and experiments with magnetism, both personal and atmospheric, moves the plot forward and may be the force that draws the disparate characters together at the close. A novel of profound imagination and stylish writing despite its many complications, this work belongs in most contemporary literature collections.?Barbara Love, Kingston P.L., Ontario
Copyright 1998 Reed Business Information, Inc. --This text refers to the hardcover edition.
Read more
click to open popover

hshm
2.0 out of 5 stars Disappointing
Reviewed in the United Kingdom on August 27, 2012
Verified Purchase
This book held a lot of promise.
The plot is interesting, and the idea behind it is good.
However, I found myself unable to care about any of the characters. There was nothing that made me empathise with them or long to discover the outcome of their problems.
Readable, but not great.