Visions, Trips, and Crowded Rooms and over one million other books are available for Amazon Kindle. Learn more
Share
Have one to sell?
Sell on Amazon
Flip to back Flip to front
Listen Playing... Paused   You're listening to a sample of the Audible audio edition.
Learn more
See all 2 images 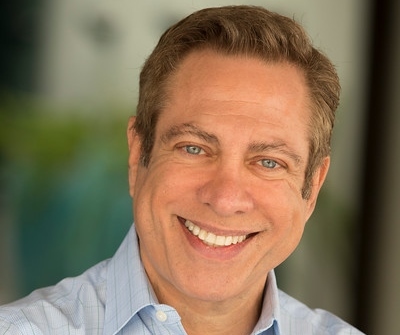 Visions, Trips, and Crowded Rooms: Who and What You See Before You Die Paperback – May 1 2011

Start reading Visions, Trips, and Crowded Rooms on your Kindle in under a minute.

“David Kessler writes of a world that is rarely talked about, much less examined with such sensitivity. His stories reveal dimensions of the death experience that are anything but depressing, and at times absolutely joyful. In a book filled with intriguing and inspirational tales, Kessler makes a compelling argument that death is not the end.”
— Marianne Williamson, the New York Times best-selling author of The Age of Miracles and A Course in Weight Loss

“I so remember David Kessler in the old days of The Hayride, a support group I started in West Hollywood. He and his work were so vital and so heartwarming to our group, who shared those frightening moments of crises in the early days of the AIDS epidemic. His very presence with those approaching death was like being enveloped in a safe, cozy space. No harm could come to you if David was around. In fact, I recently asked him to be there when it is my time to go. This book shares David’s wisdom and his love, and helps all of us who enter unknown waters.”
— Louise Hay, the New York Times best-selling author of You Can Heal Your Life

David Kessler is one of the most well-known experts and lecturers on death and grief. His first book, The Needs of the Dying, a #1 best-selling hospice book, received praise by Mother Teresa. His services have been used by Elizabeth Taylor, Jamie Lee Curtis, and Marianne Williamson when their loved ones faced life-challenging illnesses. He also worked with late actors Anthony Perkins and Michael Landon.Kessler’s work has been featured on CNN, NBC, PBS, and Entertainment Tonight; and he has been interviewed on Oprah & Friends. He has been discussed in The New York Times and The New Yorker, and he is a contributing writer for Oprah.com as well as an AOL.com Health Expert. He has also written for The Boston Globe, the Los Angeles Times, the San Francisco Chronicle, The Wall Street Journal, and Anderson Cooper 360°.

4.7 out of 5 stars
4.7 out of 5
482 global ratings
How are ratings calculated?
To calculate the overall star rating and percentage breakdown by star, we don’t use a simple average. Instead, our system considers things like how recent a review is and if the reviewer bought the item on Amazon. It also analyzes reviews to verify trustworthiness.
Top reviews

Ronald W. Maron
5.0 out of 5 stars An excellent compilation of case studies...
Reviewed in Canada on August 17, 2011
Verified Purchase
Using the vaunted 'scientific method', whereby data must be measurable and verifiable through other exacting procedures, none of the case studies in this text can meet these standards. Does this mean that they are not true nor occured as they were related to the writer? Of course not. While we all admire the standards by which the scientific community has held itself, these requirements should not always stand in the way of nor impede the truth as we find it. David Kessler has written a synopsis of such truths and, having done so, reveals a great deal that we can confidently learn from his writings.

"Visions, Trips, and Crowded Rooms" offers a highly compassionate view of the nearly universal phenomenon of death bed visions. The cases that are sited as examples of a much wider range of like events and come from a wide variety of professions over an extended period of time. They are related by persons who have 'no skin in the game' and, thereby, have nothing to gain by relating their experiences as they do. The cases have a strong component of near universality to themselves and will give the reader a rare insight into the perceptions of those who are in the process of dying and the possibility of life on the other side of death.

I am sure that numerous people will continue to site these actions as being caused by medications and/or the lack of oxygen supply to the brain rather than what they are reported to be. That is to be expected for we are a cynical population when it comes to such matters. But, then, there was an equal proportion of persons who held onto the flat earth theory in spite of the fact that this was theorized to be also false during their lifetimes. Maybe it is time to allow the metaphysical concepts that cannot fall under the umbrella of scientific methodology to have a fair public review before we make bigger fools out of ourselves by ignoring the obvious.

Mike A
5.0 out of 5 stars Satisfied reader.
Reviewed in Canada on October 8, 2015
Verified Purchase
I really enjoyed the book and my family member experience similar visions at end of life.
Read more
Helpful
Report abuse
See all reviews

Ivor Faulkner
4.0 out of 5 stars End of Life Comfort and Consolation
Reviewed in the United Kingdom on April 29, 2020
Verified Purchase
I needed this book full of real-life experiences of people approaching Death. It’s one year since my partner Clíonagh died of cancer. Her diagnosis gave her one year to live. I felt helpless and angry to live with her gradually loosing her voice,sight,mobility, appetite. I feel it’s all true about the life to come. She so deserves to be happy. I loved her.And I love her everyday.
Read more
One person found this helpful
Report abuse

Gabers_in_Space
3.0 out of 5 stars Light read. Comforting. Short stories.
Reviewed in the United Kingdom on September 12, 2015
Verified Purchase
The book is worth a read if you are looking for some comfort after a death or to simply open your mind. The stories are very touching. Not a very long book, though. It is all based on accounts. God is mentioned and I am not religious so you can just skip over that like I did. This is a very light read but good if you just want to dip your toe into the afterlife!

A different excellent book in my opinion worth reading if you want something far more substantial is The Widsom of Near Death Experiences by Dr Penny Satori, also sold here on Amazon. The book may be quite in depth but absolutely worth investing in if you have a real interest in the subject. I loved it - Dr Satori has done her research!
http://www.amazon.co.uk/Wisdom-Near-Death-Experiences-Understanding/dp/1780285655

patricia ann enslin
5.0 out of 5 stars Visions trips and crowded rooms
Reviewed in the United Kingdom on June 10, 2018
Verified Purchase
It was an excellent book and I do believe that we someone who is related to us when we are near death.

Thanks for a wonderful read.

Raven Starwynd
5.0 out of 5 stars Honest and heartwarming
Reviewed in the United Kingdom on February 28, 2018
Verified Purchase
A honest and heartwarming book broaching a subject not often spoken about. I would recommend this book to anyone doing palliative care of a family or friend.
Read more
Report abuse
See all reviews
Back to top
Get to Know Us
Make Money with Us
Amazon Payment Products
Let Us Help You
EnglishChoose a language for shopping. CanadaChoose a country/region for shopping.
© 2008-2021, Amazon.com, Inc. or its affiliates