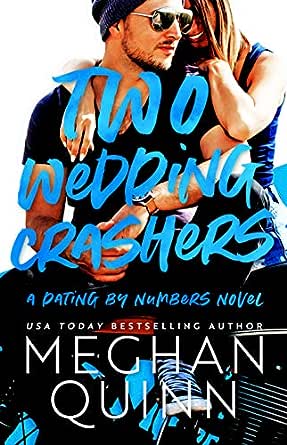 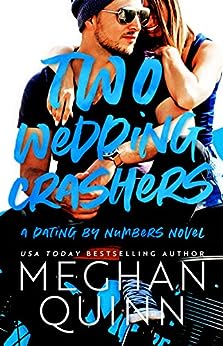 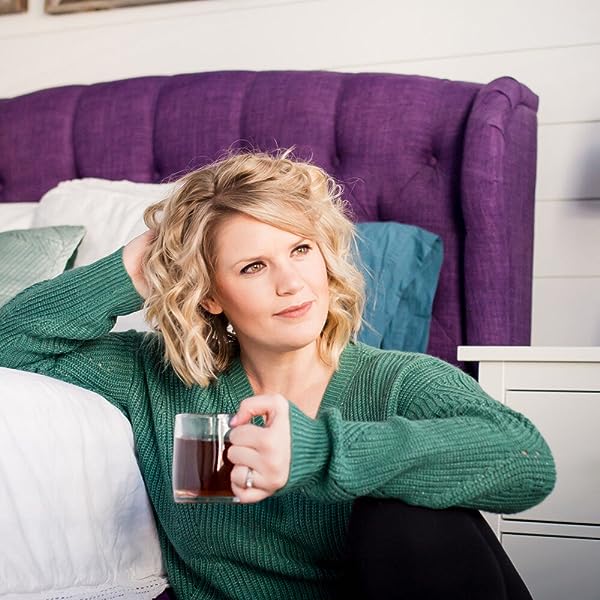 4.6 out of 5 stars
4.6 out of 5
140 global ratings
How are ratings calculated?
To calculate the overall star rating and percentage breakdown by star, we don’t use a simple average. Instead, our system considers things like how recent a review is and if the reviewer bought the item on Amazon. It also analyzes reviews to verify trustworthiness.
Top reviews

Amanda
5.0 out of 5 stars Must read!!!
Reviewed in Canada on September 12, 2018
Verified Purchase
Absolutely loved this book!!
I wasn’t crazy about how it didn’t have much to do with the first, but that make it so much better. Hughly recommended. I always tell my friends how much I love Meghan Quinn books.
Read more
Helpful
Report abuse

Beck was IN-CRED-I-BLE!! But then again, I knew he would be. He was obviously hot, kind, considerate, thoughtful, creative, spontaneous, altruistic, remorseful, and deserving. When he meets Rylee, he finally felt the spark that was lacking from his life. These two meshed almost seamlessly. Their chemistry was intense, which made for some amazing sexual tension. Rylee was a romance author looking for some inspiration and happened to be crashing the same wedding that Beck was. And oooh the shenanigans. These two, especially Beck, were absolutely hilarious. I laughed so freaking much during their story.

I’m gonna be honest here and say that while I loved Beck, I didn’t like Rylee. I get making a guy work for your heart, but I couldn’t see how much Beck could make it clear that he was completely into her. He had to not only scale a mountain, he had to traverse a fjord, fight lions, amputate an arm, and make a complete fool of himself. She treated him shabbily and I get why she was skittish, but she was a grown woman and should have acted better and treated him with at least a modicum of respect. Overall, I give this story extremely high marks because of Beck and the many hilarious moments he allowed me to share in.

Veronica
4.0 out of 5 stars Oh Goodness that cover!!! So beautiful
Reviewed in Canada on March 11, 2018
Just look at that beautiful cover. How could you not love that cover. It’s eye catching. The colours, the lay out and just the overall feel of the cover brought me into this book.
Meghan brought us sweet and funny romance with those wonderful underlining issues that Meghan is known for. This was a cute love story. One of those it was never supposed to be romances.. at least that’s what I call them.
The story line was smooth flowing and the story has it’s left and rights. Though the underlining issues were present and did affect the characters day to day. The issues were not delved into in excruciating detail, which I think kept this story fun and light.
I found this book’s characters to be very good together. The friends were actually my favourite part of the book, they just has so much personality. I found that the interaction that they has with the main characters was the highlight of the humor for me. I think everyone needs friends like that.
The main characters were good together. They fed of each other’s humor well I think they were matched in wit. Some of their interactions would have left me bright red and living in a hole in the ground, but they pulled through cause they are strong in their sassiness.
Overall I found this book enjoyable and would give it a nice 4 stars and recommend it to those looking for a cute, funny romantic comedy. A nice light read for a Sunday afternoon. Definitely a pretty cover I am going to need on my shelf.
Read more
Helpful
Report abuse

Dee
5.0 out of 5 stars Review - Two Wedding Crashers by Meghan Quinn
Reviewed in Canada on March 11, 2018
I was so excited after reading Three Blind Dates to see what would happen for our Rebel Beck Wilder. Beck first sees Rylee while one the plane to Key West when Rylee gets thrown up on by a baby and they meet again when she is at the bar alone. They soon realize that they are both in Florida to crash the same wedding, so why not be each other’s dates. The tension between these two is off the charts, especially the more time they spend together before the wedding and both trying to one up each other. After the wedding things get real sexy but in the morning Rylee’s gone back to Maine because she believes that long distance relationships never work. Beck being the persistent man that he is, doesn’t stop messaging Rylee and after a week she finally responds. After a few weeks of texting, phone calls and FaceTime, they make a spontaneous trip to Las Vegas to see each other and crash a few more weddings. Where things heat up and Beck opens up about his past in hopes if he’s honest about it he’ll be able to keep Rylee. When asked the question would he see himself married with kids, he said yes with the right person, he would want 3-5 kids. Not the answer Rylee wanted to hear she leaves Las Vegas and Beck behind. Beck finds out through Rylee’s best friends that in the past year she was diagnosed with clerical cancer and had to get a hysterectomy, making her ineligible to have her own biological children. She left Beck so he can have the future he wants because she loves him that much to see him not happy and have him settle. Beck then starts showing up in Rylee’s hometown and starts putting down roots, unbeknownst to her, to show her he loves her. When the time is right, he gets everyone important to Rylee to help him win her over and boy does it work! They have a beautiful ending! Beck is a Rebel with a heart. A rebel I wouldn’t mind finding myself! If you want a hilarious, fun and sexy packed book this is your book!
Read more
Helpful
Report abuse
See all reviews

n young
5.0 out of 5 stars 5 swoonworthy stars!!
Reviewed in the United Kingdom on December 16, 2019
Verified Purchase
This book had me HOOKED instantly devouring every word desperate to find out the fantastic Beck Wilders story!
After meeting Beck in the first numbers book it was his story I really wanted to know.. he had me intrigued wanting to know all his dark secrets and boy did he have some of those heart breaking secrets!
This book made me smile so freaking much which reading I was rooting for them both so much!
Beck gets invited to crash a wedding and needing a break he agrees unbeknownst to him someone in a similar situation is going just that same thing!
Full of humour.. emotions and a fantastic storyline. Absolutely loved reading.
Read more
Report abuse

Jodie Wilkins aka Fanlovesbooks
5.0 out of 5 stars So freaking Good.
Reviewed in the United Kingdom on March 14, 2018
Verified Purchase
OMFG I couldn't put this book down it was awesome. I laughed so hard at one point that I had just taken a drink and it came flying back out of my nose ( Sorry TMI) lol. This story was perfect, ups and downs and truly heart breaking moments that get turned around with the amount of love that runs through it. I cried, laughed and swooned so hard. This is definitely going in my all time favourites list I love it. Definitely worth more than 5 stars and highly recommend it xx
Read more
3 people found this helpful
Report abuse

Mags
4.0 out of 5 stars 4.25⭐
Reviewed in the United Kingdom on April 30, 2019
Verified Purchase
I loved Rylee and Beck in That Second Chance and was keen to read their story and boy did it not disappoint. As Two Wedding Crashers was extremely funny, sweet, sexy, charming and touching. And I loved witnessing Rylee and Beck's relationship take off, develop and finally forge into a happy ever after, that even Rylee couldn't of imagined or written. And I would happily recommend it to others.
Read more
Report abuse

Fiona J
5.0 out of 5 stars Lovely story!
Reviewed in the United Kingdom on April 23, 2019
Verified Purchase
I thoroughly enjoyed this book! It was fun and light without and serious dramas. I love Meghan Quinn's style of writing and her characters are hilarious.
This was an excellent follow up to three blind dates, I love Beck!
Read more
Report abuse

Sheridan
5.0 out of 5 stars Funny, swoon worthy goodness all in 1 story!!
Reviewed in Australia on March 12, 2018
Verified Purchase
Omg I have been waiting on edge for this and just finished.
I cannot have been anymore thrilled with this crazy adventure that is Two Wedding Crashers!
I seriously have never laughed so hard like I did with this story I was holding my stomach and crying at school pick up (thanks for making me look like a crazy hot mess) from crashing one wedding to going to Vegas and rekindling tradition and crashing a few more.
Then of course I have to turn into a sappy sook when Vegas doesn’t end the way Vegas should!
This book was absolutely perfect in every way!
I fell in love with Beck in Three Blind Dates but holy crap way to make a girl swoon!

If you want the alpha, the swooning, the absolutely pain in your stomach laughter and all the right words this is the book for you!!

Thank you thank you thank you!!!!
Read more
Report abuse
See all reviews
Fast, FREE delivery, video streaming, music, and much more
Prime members enjoy Free Two-Day Shipping, Free Same-Day or One-Day Delivery to select areas, Prime Video, Prime Music, Prime Reading, and more.
> Get started
Back to top
Get to Know Us
Make Money with Us
Amazon Payment Products
Let Us Help You
EnglishChoose a language for shopping. CanadaChoose a country/region for shopping.
© 2008-2021, Amazon.com, Inc. or its affiliates