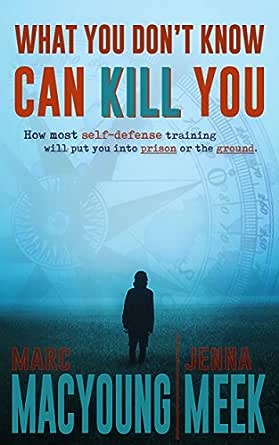 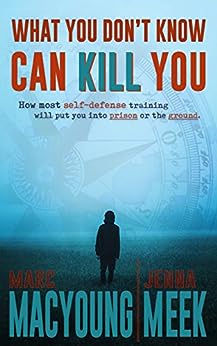 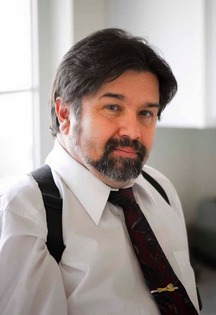 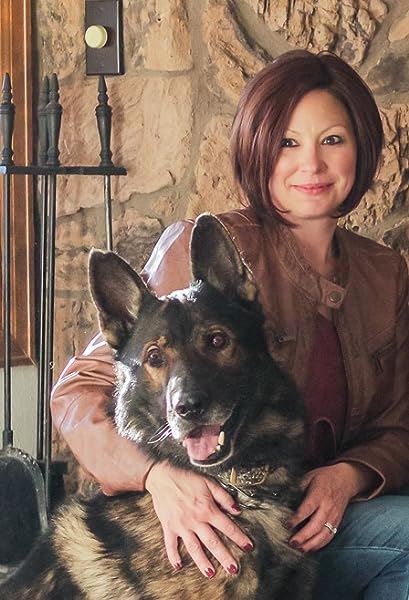 What You Don't Know Can Kill You: How Most Self-Defense Training Will Put You into Prison or the Ground Kindle Edition

4.7 out of 5 stars
4.7 out of 5
31 global ratings
How are ratings calculated?
To calculate the overall star rating and percentage breakdown by star, we don’t use a simple average. Instead, our system considers things like how recent a review is and if the reviewer bought the item on Amazon. It also analyzes reviews to verify trustworthiness.
Top reviews

GPO
5.0 out of 5 stars Pure Fundamentals
Reviewed in Canada on January 26, 2020
Verified Purchase
This is a superb book that covers the fundamentals that everyone should know, in particular those in high risk environments and anyone within the protective services fields.

Outside of R. Miller’s various publications and expertise, I would highly recommend this book to all. Every physical use of force instructor or trainer should implement the lessons to be learned from the pages of this book and the experience of the two authors.

It can be a little repetitive, but it does assist in sinking the messages in. It is as noted, a book that should be read more than once.
Read more
Helpful
Comment Report abuse
See all reviews

Barry Eisler
5.0 out of 5 stars Critical Supplement/Pressure Check for Effective Self Defense
Reviewed in the United States on June 7, 2018
Verified Purchase
I’ve been reading Marc MacYoung since 1989, when I stumbled across his first book—Cheap Shots, Ambushes, and Other Lessons—in a Paladin Press catalogue. I was a Career Trainee the CIA at the time, and MacYoung’s emphasis on thinking like the opposition, situational awareness, and various stages of alertness all tracked perfectly with Agency counter-terror training. I’ve been playing around with martial arts since I was about 15, but I’d never come across a civilian instructor who even touched on this stuff, let alone knew it at least as well as the paramilitary instructors at CIA. Suffice it to say, I was hooked.

And I still am. MacYoung’s latest, co-written with firearms instructor Jenna Meek, is essential reading for anyone who recognizes that your problems might be far from over after you’ve physically defended yourself. “Self-defense” is a tricky and surprisingly poorly understood legal concept, and MacYoung and Meek deal with it crisply and clearly, with plenty of case studies and hypotheticals. The book is a fast read, and having just finished it, I feel I have a much more solid idea of how, where, and why doing too much to defend yourself can be as dangerous as doing too little.

I should add that in the course of addressing the ins and outs of legal self-defense claims, and how getting them wrong can put you in prison or in the ground, the authors have also managed to put together a good primer on different types of violence (social, asocial resource predators, asocial process predators) and on various cost-effective counters.

If you’ve invested significant time and money in self-defense training, whether empty-handed or with weapons, I’d strongly recommend that you spend a few more bucks and a few more hours reading this book. Any self-defense system that doesn’t integrate the concepts MacYoung and Meek cover will be dangerously incomplete. It would be a shame to figure that out when it’s too late—especially when you have the opportunity to figure it out so easily right now.
Read more
32 people found this helpful
Report abuse

"Big George" Afutu Jr.
3.0 out of 5 stars Winning fights is safer than worrying about jail!
Reviewed in the United States on February 8, 2019
Verified Purchase
This book teaches a lot about self defense law and what is needed to avoid legal trouble as a result of getting into a self defense incident but it fails to have as it's primary focus escaping safely and neutralizing the attacker. You can't win a streetfight or ambush attack with a halfhearted effort second-guessing your intent through fearing to go to jail for hurting and injuring the assailant too severely. In reality, there are only two options in self defense after the conflict cannot be avoided: non-lethal force and lethal force. Having about 30 fights in the street and elsewhere in my lifetime, it is too dangerous to hold back and not give it your all in a real fight, no matter what the consequences are for the attacker. As Mike Serr said: "You can always talk your way through the court system but if your family is burying you in the casket at the cemetery, you are done talking." Therefore, do whatever is necessary to escape safely with little regard to the assailant's safety except for the decision to use or not use lethal force. As Mark Slane said "They will eventually let you out of jail but you are in the grave for good". Many attackers "play for keeps" nowadays and focus on using lethal force against their victims so learn to read your opponent's intent. This book is primarily useful for avoiding danger and to adequately explain yourself to the police, not for being safer in assualts. It's best advice is for avoiding danger altogether.
Read more
23 people found this helpful
Report abuse

R. E. Wolfe
5.0 out of 5 stars An Indispensable Introduction for Students of Martial Arts
Reviewed in the United States on June 22, 2018
Verified Purchase
While Marc MacYoung’s In the Name of Self-Defense is a definitive work on the topic, the shear volume of that book can deter some readers. Collaborating with Jenna Meek, MacYoung has overcome that potential obstacle with a book that is much more readily approached while still providing a substantial introduction to the non-physical components of self-defense – subjects that tend to receive no more than superficial consideration, if that, in most martial arts schools. While the content is critically important, it should also be noted that What You Don’t Know Can Kill You is a very enjoyable read. The MacYoung/Meek writing style is as thoroughly entertaining as it is informative and reinforces the accessibility of the book. What You Don’t Know Can Kill You is now required reading at my dojo.
Read more
8 people found this helpful
Report abuse

This should be required reading for anyone that claims to teach or traing in self-defense. Students looking for self-defense instruction should use it as a guidepost to determine if the school you are training it actually teaches self-defense, or just teaches you how to get yourself arrested or killed (as the title of this poke so directly points out).

Thanks for putting this one out! I will be reading it again in a few months :)
Read more
8 people found this helpful
Report abuse
See all reviews
Fast, FREE delivery, video streaming, music, and much more
Prime members enjoy Free Two-Day Shipping, Free Same-Day or One-Day Delivery to select areas, Prime Video, Prime Music, Prime Reading, and more.
> Get started
Back to top
Get to Know Us
Make Money with Us
Amazon Payment Products
Let Us Help You
EnglishChoose a language for shopping. CanadaChoose a country/region for shopping.
© 2008-2020, Amazon.com, Inc. or its affiliates