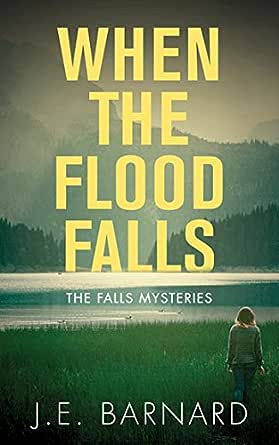 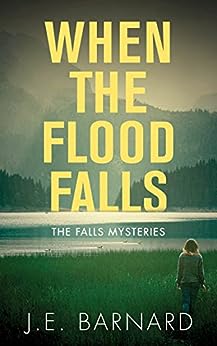 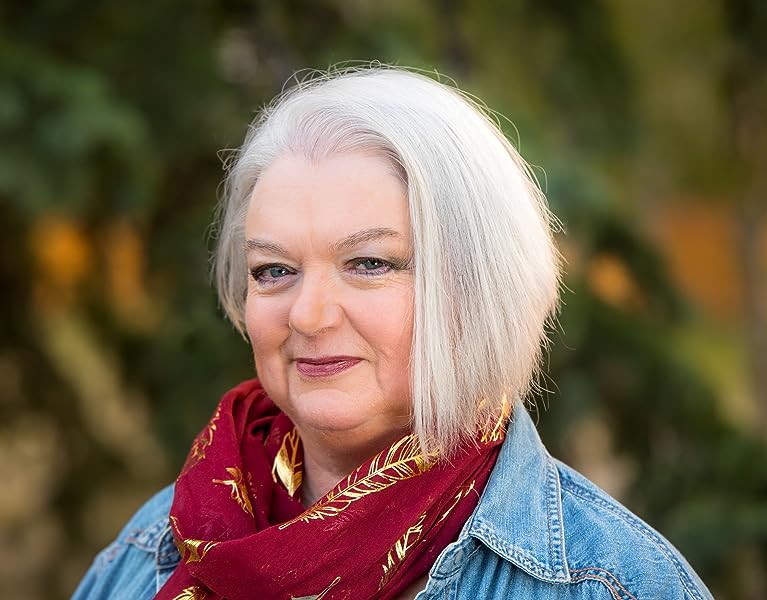 When the Flood Falls: The Falls Mysteries Kindle Edition

A fine debut, one hopes the first of many Lacey McCrae novels to come. (Booklist)

More than a riveting page-turner, When the Flood Falls also offers readers a stirring celebration of female friendship and the ability of women to summon strength and resilience in times of crisis. I already can’t wait for the next Lacey McCrae adventure. (Angie Abdou, author of In Case I Go)

Beneath the many mysteries of Barnard’s character-driven debut are enduring questions about the complexities of life and the choices people make. (Kirkus Reviews)

A master at developing characters with believable, deep and rich histories that give authenticity to their psychological states and affect the interactions and relationships within the story. (Jennifer Taylor)

Set in the stunning foothills of the Rocky Mountains, When the Flood Falls weaves a compelling, intricate tale of love, community, and betrayal in the high-stakes world of big oil and hockey. In this impressive series debut, Barnard introduces Lacey McCrae, a tough but fragile ex-RCMP officer in search of a new path to dignity. (Barbara Fradkin, author of The Amanda Doucette mystery series)

A taut, high-stakes thriller that is deeply personal, internal, and psychological. (Foreword Reviews)

This complex, unconventional debut, which revolves around the power of men to instill fear, unfolds slowly, introducing the voices of three individuals suffering from some form of trauma. (Library Journal) --This text refers to the paperback edition.

J.E. Barnard's first book in the Falls Mysteries series, When the Flood Falls, won the Unhanged Arthur Ellis Award in 2016. Her novella Maddie Hatter and the Gilded Gauge was an Alberta Book of the Year and a 2018 Prix Aurora finalist. She lives in Calgary.

J.E. Barnard's first book in the Falls Mysteries series, When the Flood Falls, won the Unhanged Arthur Ellis Award in 2016. Her novella Maddie Hatter and the Gilded Gauge was an Alberta Book of the Year and a 2018 Prix Aurora finalist. She lives in Calgary.

--This text refers to the paperback edition.
Read more
click to open popover

ppsphil
VINE VOICE
4.0 out of 5 stars This Is An Enjoyable Read And A Good Start To A New Series
Reviewed in Canada on February 3, 2019
Verified Purchase
Once again I’ve been able to read an Arthur Ellis nominated for Best Novel as the first in a new series and by an author who is new to me without having to read it out of order. Also against my usual practice I’ve rated this book 4 stars which I rarely do for the 1st book in a series and probably never for the 1st book by a new, to me author but I just couldn’t find enough faults in the book to justify downrating any lower. And I broke another rule and paid for a book written by an author whose work I had never read but this time it turned out to be a good purchase. Possibly the only fault with this story may be that the it started out a bit slowly with the many character introductions and description of the setting and atmosphere which were well written and probably necessary anyway and the murder didn’t occur till late in the story although it was pretty well expected and hinted at. There sure were enough suspects with motives and opportunities and I had one picked out and felt strongly that I was right but boy was I ever wrong! At least when the identity of the perp was revealed it wasn’t just wrung in out of the blue but there had been enough clues that one should have been able to figure out who dun it. Lot’s of good and well written characters but not all likeable and all with enough warts to make them quite realistic. Although Lacey McCrae is supposed to be the star I didn’t really like her too much at first as I found her a bit whiny and too absorbed with her own problems but she did grow into a much stronger and more likeable person at the end of the story. I think Jan Brenner is the real star of this book and I think she and her husband, Terry, are the two strongest characters in the story. A good solid and spectacular wind up scene and a satisfactory ending and I think a worthy Arthur Ellis entrant probably aided somewhat by having won the 2016 Unhanged Arthur award.
Read more
2 people found this helpful
Helpful
Comment Report abuse

LizzieG
5.0 out of 5 stars I’d recommend reading this book just for the setting alone
Reviewed in Canada on July 27, 2018
Verified Purchase
Dark, troubled waters rumble over jagged rocks, a blue sky day turns over-bright, a shuttered country home broods over shadowy spruce trees and spikey shrubs. Three paragraphs in and I’m loving “When the Flood Falls”. The tension builds inexorably as former RCMP corporal Lacey McCrae tries to determine if her friend, Dee, is being stalked or is simply paranoid. But innocuous beginnings lead to perilous conclusions as Lacey’s skills and tenacity tumble her into dangerous waters.
I’d recommend reading this book just for the setting alone, but there is much more to it than that. I loved the characters, especially Jan, whose struggles to be heard amidst illness and addiction gave the book a Hitchhockian flavor at times. The last the third of the book moves at a killer pace. Can’t wait to read the next book in the series.
Read more
3 people found this helpful
Helpful
Comment Report abuse

The Goddaughter
5.0 out of 5 stars Mystery, Hockey, and the gorgeous Canadian West
Reviewed in Canada on July 15, 2018
Verified Purchase
This enjoyable novel is more complex than the average mystery. There is plenty of character development in the first half, and then the thriller part takes off with zest. Lacey is a terrific protagonist, likeable, sympathetic and fighting her own demons. But Jan captured my interest most. She's one of the most interesting characters I've read in years, and I hope to see her in future novels. Waiting for book 2 now!
Read more
4 people found this helpful
Helpful
Comment Report abuse

Amazon Customer
5.0 out of 5 stars Loved this book
Reviewed in Canada on December 18, 2018
Verified Purchase
Jayne Barnard is Canada's Ruth Rendell...a great mystery writer and she pulls you right in to the story from the first page. The characters are so nuanced - they become real and stay with you in between chapters. I loved this book and I love Jaynes writing style. Only a truly gifted mystery writer can keep you guessing and staying up to finish just one more page - without ever losing the ordinariness and believablity of the characters lives. Can't wait for a sequel.
Read more
2 people found this helpful
Helpful
Comment Report abuse

Duchess Argylle
5.0 out of 5 stars Suspenseful mystery
Reviewed in Canada on July 27, 2018
Verified Purchase
A mystery novel set in Bragg Creek, outside of Calgary. The author did a great job of setting the scene and giving solid descriptions of the characters and community relationships. I was kept in suspense until the end. A fantastic read, I highly recommend it.
Read more
2 people found this helpful
Helpful
Comment Report abuse

Neve Smith
5.0 out of 5 stars Great!
Reviewed in Canada on June 11, 2019
Verified Purchase
I loved this book! I kept staying up way too late to read it because I couldn't put it down. I'm quite familiar with the area where the book is set and that made it all the more interesting to read. I will definitely be getting the other books in this series when they come out!
Read more
2 people found this helpful
Helpful
Comment Report abuse

Jill Newbury
5.0 out of 5 stars Highly recommended!
Reviewed in Canada on September 12, 2018
Verified Purchase
Really enjoyed this novel. The characters are well developed, and the story moves along at a nice pace.
Read more
One person found this helpful
Helpful
Comment Report abuse

Christine Elaine
4.0 out of 5 stars Wonderful Canadian author!
Reviewed in Canada on April 5, 2020
Verified Purchase
Excellent mystery with twists and turns. Love the sympathetic portrayal of a person with chronic illness, too. Not often seen in novels!
Read more
Helpful
Comment Report abuse
See all reviews from Canada
Fast, FREE delivery, video streaming, music, and much more
Prime members enjoy Free Two-Day Shipping, Free Same-Day or One-Day Delivery to select areas, Prime Video, Prime Music, Prime Reading, and more.
> Get started
Back to top
Get to Know Us
Make Money with Us
Amazon Payment Products
Let Us Help You
EnglishChoose a language for shopping. CanadaChoose a country/region for shopping.
© 2008-2020, Amazon.com, Inc. or its affiliates