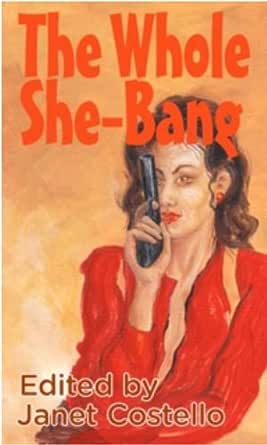 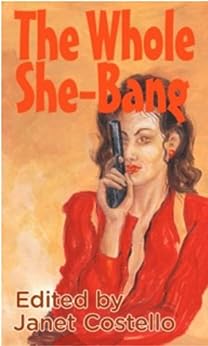 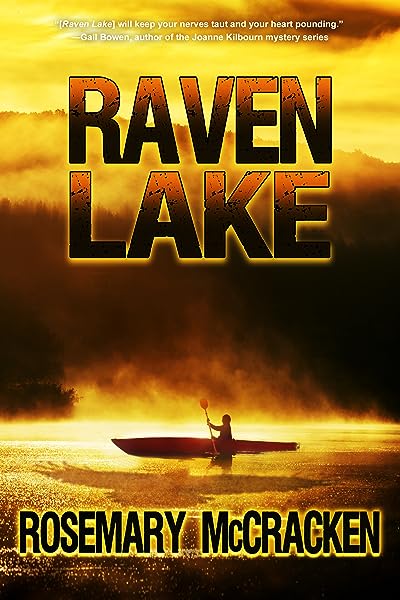 3.8 out of 5 stars
3.8 out of 5
6 customer ratings
How does Amazon calculate star ratings?
Amazon calculates a product’s star ratings using a machine learned model instead of a raw data average. The machine learned model takes into account factors including: the age of a review, helpfulness votes by customers and whether the reviews are from verified purchases.
Top Reviews

Kindle Customer
5.0 out of 5 stars Loved it! Fantastic stories!
Reviewed in Canada on August 17, 2016
Verified Purchase
The stories were great! Had a hard time putting it down once I started! Really liked the story by Elizabeth Hosang, but they all captured the imagination.
Looking forward to reading the second volume!
Read more
Helpful
Comment Report abuse

DianeFeys
5.0 out of 5 stars Great Read!!!
Reviewed in Canada on January 26, 2013
I completely enjoyed this book. Every story had its own style. I love short stories with a twist. Especially when many of the locations were set in Ontario. It was wonderful to read stories set in places I know. I will read this over and over.
Read more
One person found this helpful
Helpful
Comment Report abuse
See all reviews from Canada

Linda Cahill
5.0 out of 5 stars Terrific Short Stories from Sisters' in Crime Keep Mystery Fans Happy
Reviewed in the United States on January 13, 2013
Verified Purchase
There's nothing like a collection of gripping short stories to keep mystery and suspense fans happy.

As the new year dawns, Sisters in Crime's Toronto Chapter has a super treat for readers. The Whole She-Bang is a carefully curated selection of 20 stories, some for every taste.

The stories range from the classic whodunnit style of P.M. Jones "The Hard Way" , Elizabeth Hosang's. Big Brother and A.J. Richards an Unexpected Christmas Gift to edgy takes on the themes of justice denied, Vicky Delany in "Baby the Rain Must Fall" and the deadly fallout of dysfunctional, failed families - Rosemary McCracken, "Crossing Over", Sylvia Warsh, "Full Circle" and N. J, Lindquist, "Dying With Things Unsaid."

There are also two excellent historicals, Tracy Ward's unsentimental "A Ring For Jenny" and Vicky Delany's "The Fair Copy"p, the crisp suspense of Karen Blake-Hall's "The Hunter" as well as a moving look back at the damage of war in, Sue Pike's "On the Way to Hue", and some noirish double-crossing thieves in Madona Skaff's "Hideaway"

These stories of justice, revenge and retribution are nicely leavened with comedic takes on the mystery and suspense themes by Lynne Murphy "The Troublemaker", Helen Nelson "The Cookie Caper" and Steve Shrott's "Stress."

As an added bonus half of the profit on each book sold goes to Kids Can Read, a charity that provides good books to children who need them.

The stories settings range from international diplomatic residences to a Vietnamese train journey, a couple of not so idyllic cottages, an airplane high over lakes and forests and a seniors' condo where ladies strip to catch a vandal with unfortunate consequences - for the vandal.

Whether you take it one terrific read of between five or ten pages at a time or devour the book in a few sittings, the stories in this anthology edited by Sisters in Crime's Janet Costello are real crowd pleasers.
Read more
One person found this helpful
Helpful
Sending feedback...
Thank you for your feedback.
Sorry, we failed to record your vote. Please try again
Report abuse

David S. Garinger
5.0 out of 5 stars Nice collection
Reviewed in the United States on March 15, 2015
Verified Purchase
I enjoyed this collection. Almost all the stories are well written and some with great twists for endings. Looking for more from these ladies.
Read more
Helpful
Sending feedback...
Thank you for your feedback.
Sorry, we failed to record your vote. Please try again
Report abuse

Ed Piwowarczyk
4.0 out of 5 stars On Target
Reviewed in the United States on November 10, 2012
Verified Purchase
The Toronto chapter of Sisters in Crime has come up with an entertaining short story anthology, with entries to suit all mystery lovers' tastes. It's a promising debut, and here's hoping there will be more collections to come. The Whole She-Bang packs plenty of pop.
Read more
One person found this helpful
Helpful
Sending feedback...
Thank you for your feedback.
Sorry, we failed to record your vote. Please try again
Report abuse

oicurok
1.0 out of 5 stars One Star
Reviewed in the United States on December 20, 2014
Verified Purchase
Novellas were terrible
Read more
Helpful
Sending feedback...
Thank you for your feedback.
Sorry, we failed to record your vote. Please try again
Report abuse