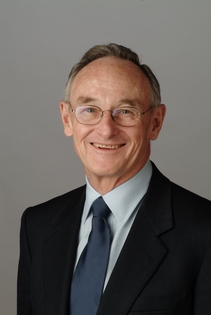 The Wisdom of Teams: Creating the High-Performance Organization Hardcover – Oct. 13 2015

Start reading The Wisdom of Teams on your Kindle in under a minute.

PRAISE for The Wisdom of Teams:

“A thoughtful and well-written book filled with fascinating examples . . . You will be hard-pressed to find a better guide to the essential building block of the organization of the future.” — BusinessWeek

“An unusually thorough study of teams . . . As well as challenging much conventional wisdom about teams, the book is full of advice about how to organize proper—and properly effective—teams.” — Financial Times

“The Wisdom of Teams captures the power and vision of what great business teams can accomplish. Its stories and lessons should be read and learned.” — Senator Bill Bradley

“Jon Katzenbach and Doug Smith have lived with high-performance teams for years. Now they share their meticulous observations with all of us in an important and timely book, brimming with useful detail.” — Tom Peters

Jon R. Katzenbach is Founder and Senior Sponsor of the Katzenbach Center at PwC Strategy& (US) LLC. Since the 1980s, he has been recognized as a global leader and expert in leadership, teaming, and culture.

Douglas K. Smith is widely acknowledged to be among the world’s leading management innovators and thinkers. His books include On Value and Values, Fumbling the Future, Make Success Measurable, and Taking Charge of Change.

4.2 out of 5 stars
4.2 out of 5
123 global ratings
How are ratings calculated?
To calculate the overall star rating and percentage breakdown by star, we don’t use a simple average. Instead, our system considers things like how recent a review is and if the reviewer bought the item on Amazon. It also analyzes reviews to verify trustworthiness.
Top reviews

beesquare
5.0 out of 5 stars Why and How to Work in Teams
Reviewed in Canada on December 8, 2003
A good balance of case studies, step-by-step procedures, and advice for people who want or need to work in teams but are accustomed to working in organizational "stovepipes" or matrix organizations. People who have successful experience working in Integrated Product Teams and Integrated Product and Process Development (IPPD) Environment will find the principles and processes familiar. This book dates back to 1992 and reads a lot like a Harvard Business Review article, only of book length. The Department of Defense used this book as a source reference for their IPPD guide, and Integrated Product Teams have "taken off" since that time and are integral to DoD acquisition programs today. Nevertheless, this book is still worthwhile. The DoD did a thorough job of taking the "how to" information from this book and expanding on it to great detail. The mistake they made was to leave out the "why." The case studies, omitted by DoD, really put you in the middle of successful teams to the point that they will make you want to be on a team like the ones in the book. That is the missing element when converting an organization to a team-based work environment... step by step instructions are not enough. To succeed, the team members have to want to work in this difficult but rewarding manner. That is the main value of this book: it puts you in the picture and makes you want to succeed at teaming.
Read more
One person found this helpful
Helpful
Report abuse

Douglas K. Smith
5.0 out of 5 stars Sequel By Same Authors
Reviewed in Canada on June 2, 2001
Jon Katzenbach and I wish to alert readers of The Wisdom of Teams that we have just published The Discipline of Teams -- a companion and sequel to Wisdom. Discipline includes exercises teams can use to learn and apply the team discipline. It also provides critical additional and new material about setting goals and virtual teaming -- that is, applying the team discipline through teamware/groupware technology such as the web, email, project management and so forth. We believe any reader of Wisdom will benefit from the new material, and expecially the exercises, in The Discipline of Teams.
Read more
Helpful
Report abuse

Jamey
3.0 out of 5 stars Practical yet uninteresting
Reviewed in Canada on March 12, 2003
I am a Masters of Human Resource Management Student at Rutgers, and I felt that the book was very practical and could be used as a great reference guide, and I suppose that for what the book was written. However the writing was so commonplace, uneventful, and repetitive I found myself skipping paragraphs, furthermore, I felt that the case studies were not good examples of the points the book was trying to make.
Read more
One person found this helpful
Helpful
Report abuse

Jason Cohen
4.0 out of 5 stars Good book, solid content
Reviewed in Canada on June 3, 2002
This book does not present any real "revolutionary" ideas that will blow you away with originality, what it does do is lay out the things that make teamwork work. Since so much in business nowadays requires teamwork, the book has a valuable and timely message. Recommended.
Read more
Helpful
Report abuse
See all reviews

JLM
5.0 out of 5 stars The Book on Teams
Reviewed in the United Kingdom on June 12, 2016
Verified Purchase
This book is unashamedly pro-teamworking. This does not detract from its usefulness. It has a ring of authenticity, derived from observational study of about 50 teams in a variety of service and manufacturing industries; and it offers clarity - the points it makes are coherent and insightful. Each chapter has an interesting perspective (in contrast to many popular business books that are too often one-trick ponies). The book also includes a few sets of questions as aids to reflection and analysis. The scope of the material covered ranges from ideas that would help a small task-and-finish group up to and including perspectives gained from observing a team leading a strategic reconfiguration of a major multinational firm. The book was recommended as 'the' go-to book on teams and it did not disappoint. My one criticism would be that it is very much a product of the heyday of corporate America. For a modern-day / future-facing perspective, Laloux's 'Reinventing Organisations' develops many of the themes championed by this book.
Read more
Report abuse

John O Hanlon
5.0 out of 5 stars MEET PERFORMANCE GOALS
Reviewed in the United Kingdom on September 27, 2014
Verified Purchase
A Team
"A team is a small group of people with complementary skills committed to a common purpose and set of specific performance goals.
They are committed to working with each other to achieve the team’s purpose and hold each other fully accountable for the team’s results".
 Teamwork
"A set of values that encourages behaviours such as listening, constructively responding to points of view expressed by others, giving others the benefit of the doubt, providing support to those who need it, and recognising the interests and achievements of others".
Source... The Wisdom of Teams , Jon R. Katzenback and Douglas K. Smith , HBS Press , 1993
Now I know the difference, this is as relevant now as when it was written in 19993. This book is a must for every accountable manager. I wish I read it in 1993.

Amazon Customer
5.0 out of 5 stars Best team book
Reviewed in the United Kingdom on July 22, 2019
Verified Purchase
Definitive guide to teams and how to develop them.
Read more
Report abuse

Madmeerket
5.0 out of 5 stars Good read
Reviewed in the United Kingdom on November 27, 2015
Verified Purchase
Great book- makes you think about teams and the dynamics as well as providing another viewpoint.

Lots of anecdotes and examples

Traveller
5.0 out of 5 stars A must for anyone working in teams
Reviewed in the United Kingdom on December 15, 2013
Verified Purchase
This is an excellent book in describing the requirements of a high performing team. Lots of stories to bring it to life and practical explanations that can be applied in the workplace. A must for anyone learning about, leading or simply being part of a team that wants to perform more effectively.
Read more
Report abuse
See all reviews
Back to top
Get to Know Us
Make Money with Us
Amazon Payment Products
Let Us Help You
EnglishChoose a language for shopping. CanadaChoose a country/region for shopping.
© 2008-2021, Amazon.com, Inc. or its affiliates