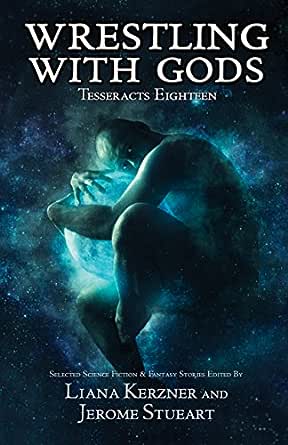 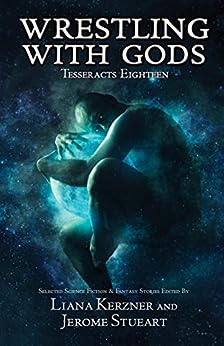 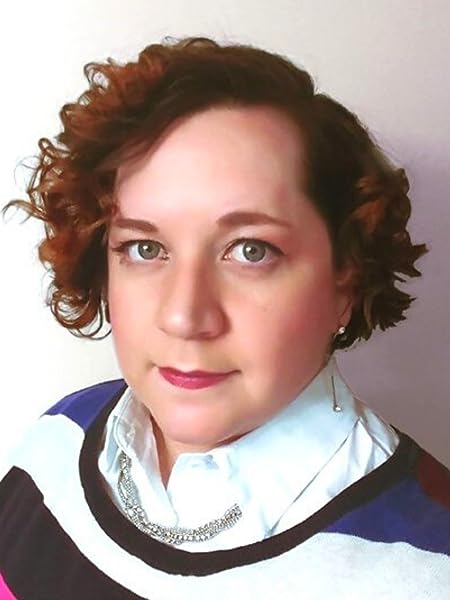 is an award-winning TV producer & writer who has also stepped in front of the camera as the co-host of the legendary late night show Ed & Red's Night Party, the Canadian Comedy Award-winning this Movie Sucks!, and Ed the Sock's I Hate Hollywood! An episode of I Hate Hollywood was lauded by mental health workers for de-stigmatizing mental illness. Another early episode was well-received for its look at religion in Hollywood.
Liana also provides commentary, reviews and video interviews for video game site gamingexcellence.com. She is co-columnist of 411 Mania's "The 8 Ball", and host/writer of Liana K's Geek Download, heard weekly on the internationally syndicated radio program Canada's Top 20. She has edited and contributed writing to a comic book mini-series: Ed and Red's Comic Strip.
She has hosted and produced the Prix Aurora Awards ceremony three times. She is founder and chair of the Futurecon organization, which uses Science-Fiction and Fantasy elements to reduce various types of stigma and raise money for various charities.
Her stranger achievements include: modeling for videogames, having her superhero toy & art collection featured on TV's Space channel, researching and presenting a paper on Mormon Cosmology in the Twilight Saga, and having a DC Comics character named after her. Liana is an avid cosplayer and her costume work made her the face of Western cosplay on Wikipedia.

makes his home in the Yukon Territory. Hailing from Missouri and West Texas, Jerome came up to the Yukon to work on northern science fiction. He fell hard for the place. Stueart is a graduate of Clarion Science Fiction and Fantasy Workshop in San Diego (2007) and of the Lambda Literary Retreat for Emerging LGBT Voices (2013). He has been published in Fantasy, Geist, Joyland, Geez, Strange Horizons, Ice-Floe, Redivider, On Spec, Tesseracts Nine, Tesseracts Eleven, Tesseracts Fourteen and Evolve: Vampire Stories of the New Undead. He earned honourable mentions for both the Fountain Award and Year?s Best Science Fiction 2006. He co-edited Inhuman. As a cartoonist he was featured in the Yukon News, and as a journalist he wrote for Yukon, North of Ordinary, Air North?s in-flight magazine. He?s worked as a janitor, a trolley conductor, an embedded reporter in a remote northern research station, a Religious Education director, and a marketing director. He wrote five radio series for CBC, and one of them, Leaving America, was heard around the world on Radio Canada International. Jerome has taught creative writing for 20 years, and taught an afterschool course in fantasy and science fiction writing for teens for three years. He teaches a workshop he designed called Writing Faith in churches across Canada and the USA.
--This text refers to the paperback edition.
click to open popover

4.4 out of 5 stars
4.4 out of 5
5 customer ratings
How does Amazon calculate star ratings?
Amazon calculates a product’s star ratings using a machine learned model instead of a raw data average. The machine learned model takes into account factors including: the age of a review, helpfulness votes by customers and whether the reviews are from verified purchases.
Top reviews

Heather
HALL OF FAMETOP 50 REVIEWERVINE VOICE
5.0 out of 5 stars Great Canadian Fiction
Reviewed in Canada on February 8, 2016
Collections of short fiction can often be very disjointed, with the styles of each author fitting poorly with the others. However, in Wrestling with Gods, each story has been very careful chosen, and also very careful placed in its position in the book, to make the reading experience an absolute joy. The book begins with a robot Jesus in Japan who just might be the real thing, progresses through to a circus with the faithful of various religions are pitted against each other, and even includes a wonderful story about the god Ganesha trying to update his look to appeal to modern worshippers.

I can honestly say there wasn't one story in this book that disappointed me. And there are more than a few that introduced worlds that I would love to explore further. All in all, this is a great collection of story stories.

(I received an ARC of this book in exchange for an honest review.)

Alison S. Coad
3.0 out of 5 stars So-So Anthology of Canadian Science Fiction Authors
Reviewed in Canada on March 28, 2015
"Wrestling with Gods: Tesseracts Eighteen," edited by Liana Kerzner and Jerome Stueart, is an anthology of short science fiction stories and poems by Canadian writers, dealing with the matter of faith and belief in God or in gods, depending on the author's interest. One story, by Robert J. Sawyer, is a reprint, while the rest are original to this volume. At the outset I have a huge complaint with this advance copy, and that is that the table of contents lists only the titles of the stories, not the authors; I found this to be extremely irritating, but perhaps it will be rectified in the published version. I also had a problem with the typeface of one poem, by Tony Pi, because the poem itself was printed in very small and light type, impossible to read (so I didn't). As ever with anthologies, there are good and bad stories to be found here: I enjoyed S. L. Nickerson's "The Queen in the Poplar Forest," an interesting take on Beauty and the Beast; "Ascension" by Jennifer Rahn, which involves death-match kickboxing contests and Buddha; Alyxandra Harvey's "The Faith Circus," in which religious adepts are forced to fight in a Roman-style arena; the vampire tale "The Harsh Light of Morning" by David Jon Fuller; Carla Richards' very funny "Summon the Sun"; the almost as funny "Ganapati Bappi Moriya!" by Savithri Machiraju, in which Ganesha tries to become a sculpted movie-god type; Mathew Hughes' "So Loved," a C. S. Lewis like discussion between God and Lucifer (or is it God and a Higher God?); and finally, the last story in the volume, "Where the Scorched Man Walks," by Megan Fennell. The other 17 stories and poems either left me cold or felt amateurish, or I just didn't get. Other readers will prefer other stories, of course, but for me, a ratio of 8 good stories out of 25 doesn't really cut it.
Read more
Helpful
Comment Report abuse
See all reviews from Canada

Robert August aka August von Orth
5.0 out of 5 stars An incredible range of story approaches, from primitive societies to far future and high tech.
Reviewed in the United States on April 13, 2015
Verified Purchase
I picked up Wrestling With Gods (Tesseracts Eighteen) because I’m a sucker for speculative fiction that intersects with religion. On the other hand, I rarely read anthologies, preferring novel length fiction. Nevertheless, I can say that I was happily surprised on several fronts. First, the writing is undeniable excellent throughout. Liana Kerzner and Jerome Stueart clearly had a treasure trove of stories to choose from; I can honestly say there is nothing here that I didn’t thoroughly enjoy. It makes me wonder if there aren’t a lot of really great stories that didn’t make the cut; I wonder where they are and hope they eventually find homes.

The second thing that struck me from the first story to the last is the overall “feel” of the stories. I’ve been reading this genre for a very long time and this feels like “old-time” science fiction to me. What I mean by this, is that these stories have the sense-of-wonder that many of the classic stories inspired in me as a young reader. Kerzner and Stueart curated a collection of stories here that undeniably belong together. They talk about the selection process in the book, and I must say that the end result worked for me.

The problem that can crop up with a theme concerning religion, is that a bias either pro or con will become transparent very quickly. And that’s the final thing I love about this anthology, there is nothing like a bias to be found here. This anthology has an incredible range of story approaches, from primitive societies to far future and high tech. And clearly there is no “tip-toeing” about trying to not offend anyone. These stories are flat-out and no-holds-barred, but told with compassion for the story being told. If someone finds anything offensive here, then I think that particular someone is inclined to find offense where there is none. These stories are heart-felt attempts to look at belief from many different angles.

I’ll be keeping an eye out for Kerzner and Stueart. I don’t know if they’re planning to work together again, but I hope so.

Amazon Customer
5.0 out of 5 stars Over too quickly
Reviewed in the United States on December 19, 2014
Verified Purchase
It seems like I just started and I was reading the last story. Well picked selections that went off in all directions that were thought provoking. I will be going back to look for earlier Tesseract collections
Read more
5 people found this helpful
Helpful
Sending feedback...
Thank you for your feedback.
Sorry, we failed to record your vote. Please try again
Report abuse

Rev. bIGhIG
4.0 out of 5 stars Other Planets Have Religion Too
Reviewed in the United States on December 2, 2015
Verified Purchase
Little of these "plot descriptors" are useful, as this was a short story collection. The theme is religion as viewed by a science-fiction mentality. A decent read, but its been done before and better.
Read more
Helpful
Sending feedback...
Thank you for your feedback.
Sorry, we failed to record your vote. Please try again
Report abuse