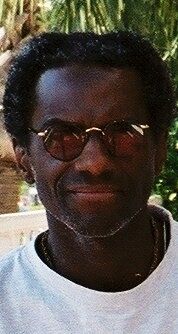 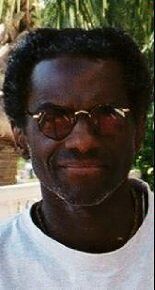 Start reading sex you! on your Kindle in under a minute.

Books with Buzz: "Punch Me Up to the Gods" by Brian Broome
"One of the most electrifying, powerful, simply spectacular memoirs I—or you— have ever read." —Augusten Burroughs Browse now

Michael Beloved (Madhvacharya das) took his current body in 1951 in Guyana. In 1965, while living in Trinidad, he instinctively began doing yoga postures and trying to make sense of the supernatural side of life. Later on, in 1970, in the Philippines, he approached a Martial Arts Master named Mr. Arthur Beverford, explaining to the teacher that he was seeking a yoga instructor. Mr. Beverford identified himself as an advanced disciple of Sri Rishi Singh Gherwal, an ashtanga yoga master. Mr. Beverford taught the traditional ashtanga yoga with stress on postures, attentive breathing and brow chakra centering meditation. In 1972, Michael entered the Denver Colorado Ashram of Kundalini Yoga Master Sri Harbhajan Singh. There he took instruction in Bhastrika Pranayama and its application to yoga postures. He was supervised mostly by Yogi Bhajan's disciple named Prem Kaur. In 1979 Michael formally entered the disciplic succession of the Brahma-Madhva Gaudiya Sampradaya through Swami Kirtanananda, who was a prominent sannyasi disciple of the Great Vaishnava Authority Sri Swami Bhaktivedanta Prabhupada, the exponent of devotion to Sri Krishna. Apart from this, Michael took instructions from proficient gurus on the astral planes. For producing this publication, Michael studied the psychic side of human existence and took guidance from reliable mystics and spiritual manuals which describe the course of reincarnation.

Alfredo Delregato
5.0 out of 5 stars A Unique Book
Reviewed in the United States on December 1, 2012
Verified Purchase
"Sex You" is at its core a yogic book, a mystic book derived from knowledge obtained through the power of yoga.

It cannot be an invention. Who can invent such a tale? Who could weave such an intricate interaction, not to mention such a displeasing one to those who place the value of sex on the altar of the god of pleasure?

For, aren't we told by medical authorities and "sex experts" that continuing making love beyond progeny with our partners and into old age is healthy for the body, prevent diseases, and other similar panacea? Wait, aren't these same medical authorities those who mostly promote a "balanced diet" when dealing with illnesses like cancer, which allow sugar, meat, and other polluting aliments? No surprise here.

Of the amazing details about the mystic intricacies of sex in all available particulars, including the responsibilities derived from engaging in it, and the primary role of ancestors, the other reviewers have already spoken, but that 2 important tenets of Hinduism (or Sanatana Dharma, the eternal religion), must be understood for a proper digestion of the material offered, should be stressed now, being these 2 tenets the following: a) Reincarnation or transmigration of souls b) The existence of a hereafter where these disembodied spirits interact, push and shove, wait to re-enter the physical realm, this locations known as the astral worlds.

Finally, the most important value that this book has, is that it fills a void left by many a scripture of Hinduism and many commentaries on these scriptures, some by famous names, in that it explains the dynamics of reincarnation or rebirth in precise details. No other book in recent memory does that, please keep this in mind. Can these psychic processes be "proven"? Of course not, the scientists will cry! Of course not, we say, from a phenomenal point of view. But what about from a noumenal one? For we say that to ascribe lack of scientific approach to the science of yoga, from which these insights were derived, is the epitome of ignorance, for this knowledge comes from the best part of 40 years of psychic research where the author have alchemized their veracity into the crucible of his psyche and beyond. This is the same approach taken by the ancient Rishis of India. When the spermatozoon enters the egg, and life is "produced"...isn't it by magic? Let the scientists explain that.
Read more
3 people found this helpful
Report abuse

Amazon Customer
5.0 out of 5 stars Five Stars
Reviewed in the United States on October 15, 2016
Verified Purchase
Loved how reincarnation was presented in an easy to understand manner.
Read more
Report abuse
See all reviews
Back to top
Get to Know Us
Make Money with Us
Amazon Payment Products
Let Us Help You
EnglishChoose a language for shopping. CanadaChoose a country/region for shopping.
© 2008-2021, Amazon.com, Inc. or its affiliates